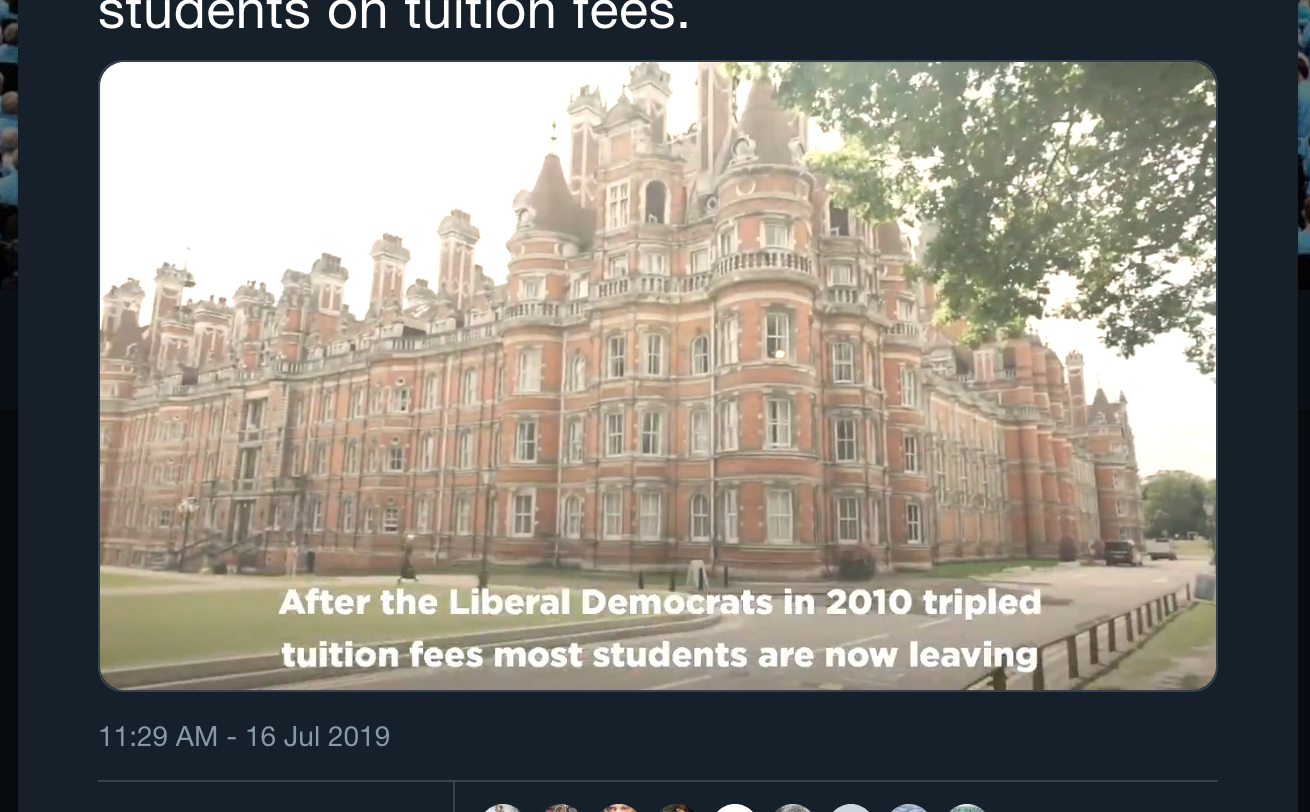 On Tuesday, The Brexit Party released a campaign video pledging to “scrap interest on student loans”. The video was produced in collaboration with the Student Brexit Group, a Royal Holloway based student group representing pro-Brexit students.

Abby King, a recent Royal Holloway graduate, quickly realised that scenes in the video had been filmed on the University campus, and was quick to respond on Twitter.

The video contains several scenic shots of the university’s famous Founder’s Building, and several university students have expressed concern that the inclusion of these clips makes it appear that the university endorses the video and its message. The video has been viewed more than 75,000 times. 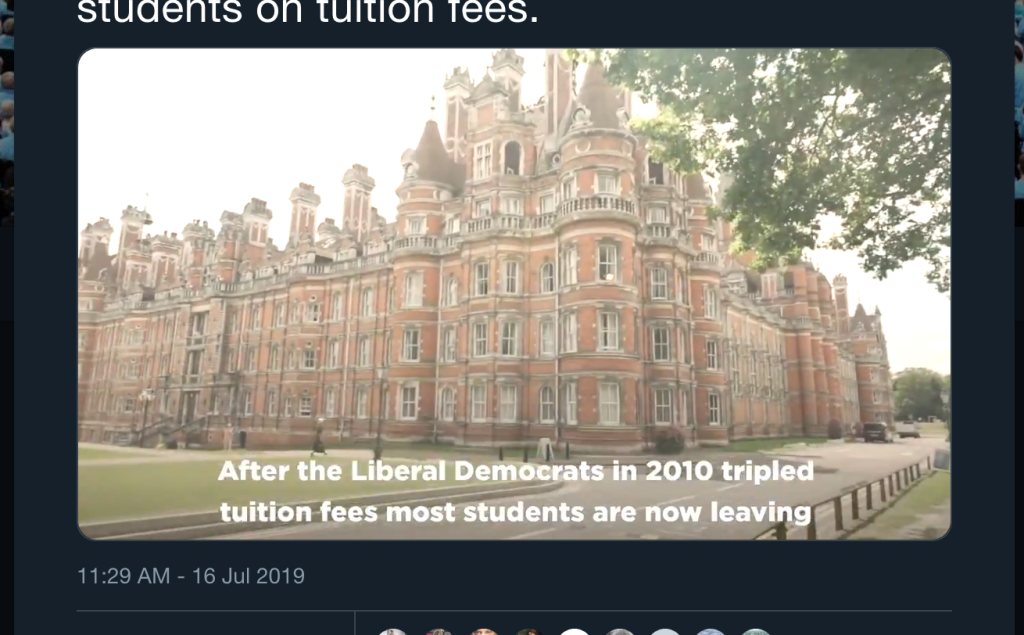 Orbital and Insanity approached the college for comment on Thursday morning, and a spokesperson from Royal Holloway, University of London, said:

The Brexit Party has released a film which includes footage of Royal Holloway’s Founder’s Building. Royal Holloway is not and cannot be aligned to any one political movement. We are concerned that viewers of the film may believe there is an association between the university and that party.

“For the avoidance of any doubt, filming was carried out without the university’s consent and we have insisted that the footage of the Founder’s Building be removed immediately.”

The video was removed on Thursday afternoon. The Brexit Party has been approached for comment, but did not respond by the time mutually agreed. Orbital will update this article when a statement has been received.

The Student Brexit Group told Orbital that, when the video was being produced, their team explicitly told The Brexit Party to not film or include footage of the Royal Holloway campus. It is unclear why The Brexit Party disregarded these instructions.

“Prior to July 11th 2019, official Brexit Party media reached out to work with our organisation. They conducted a video production, on the above date, which involved members of our group to highlight issues surrounding student debt.

“This independent production crew was not affiliated with SBG in any way. The leadership of SBG explicitly instructed the crew not to film any of Royal Holloway’s campus in the knowledge of the university’s strict apolitical stance. We regret to notice that despite our instruction, shots of ‘Founder’s Building’ still appeared briefly in the video.

“In respect for the university’s policy, we have subsequently demanded Brexit Party media to take down the video immediately. Official channels from the party have assured us this request will be carried out at the soonest possible moment.

“We wish to stress the liability of this matter lies in the hands of The Brexit Party’s media team, as they posted the content, not our student group.

“We apologise to Royal Holloway, University of London and will ensure this oversight never again occurs in future”

Royal Holloway is not and cannot be aligned to any one political movement. For the avoidance of doubt, filming was carried out without our consent and we have insisted that views of Founder’s Building be removed immediately.

Orbital has approached Royal Holloway Students’ Union for comment. Union President Jack O’Neill tweeted, agreeing with the university that footage should be removed.

Filming wasn’t carried out with consent and Royal Holloway have asked for footage of the university to be rightfully removed: https://t.co/CMzHtjRTx0 https://t.co/DIlSqb0vkP

After the video was removed, the Student Brexit Group provided an additional comment to Orbital.

Following our request, The Brexit Party Media Team has consequently taken down the video on Twitter and Facebook.“

According to The Express, the Student Brexit Group is made up of 23 students from Royal Holloway. The group recently campaigned for The Brexit Party in the recent controversial Peterborough by-election.

The majority of the video appears to have been filmed on Englefield Green, a 15 minute walk from the university campus. 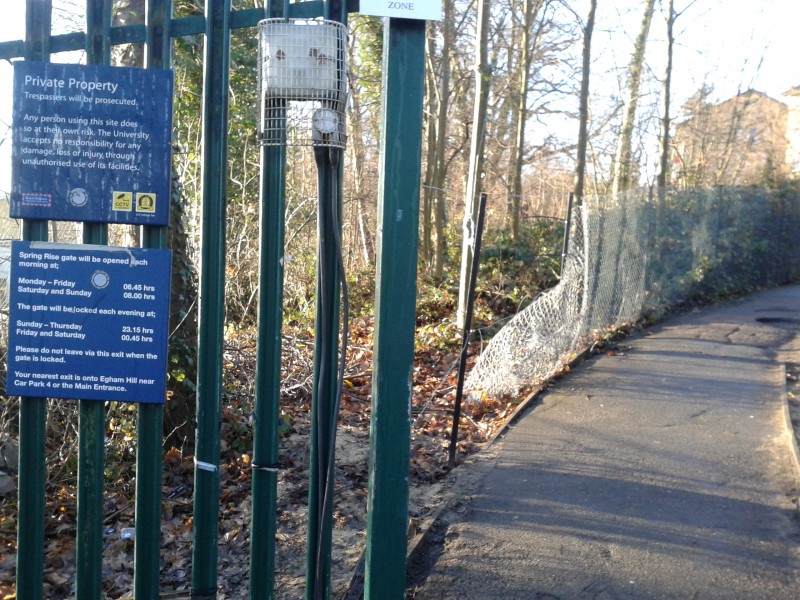 Royal Holloway are to resume closing the back gate overnight in September, from 12:30AM to 5AM. 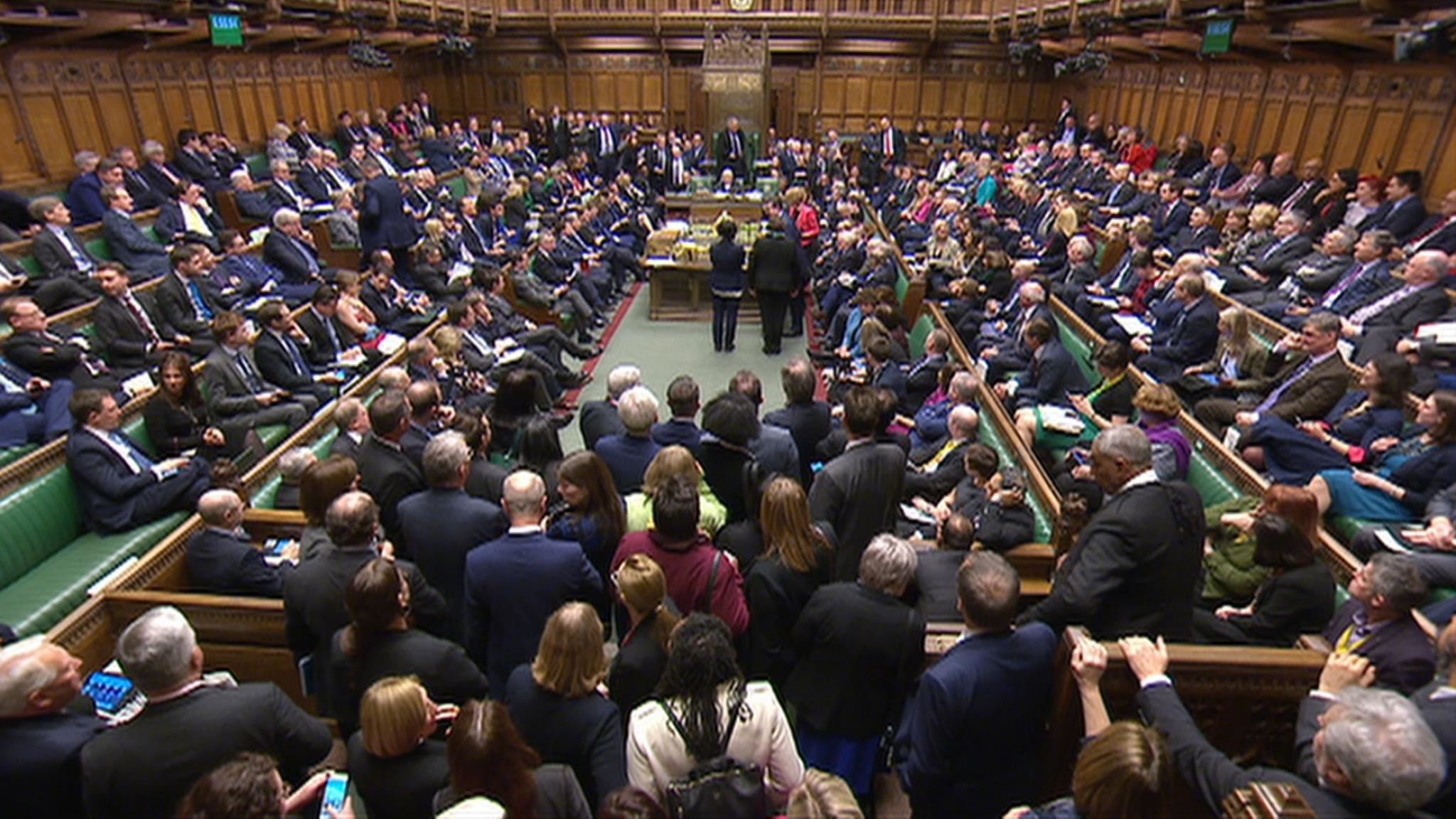 Visiting Parliament should be a lesson in democracy and the correct way to run a country, however, as I discovered at the start of the Brexit showdown , that's not always the case.