Confessions of a Floating Voter 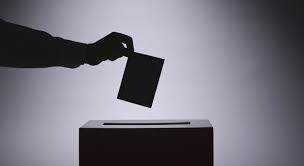 Another election looms and those of us without a strong allegiance to any political party must scrabble around, deciding how to vote. I am one of those people, currently scrabbling away. I have lots of opinions and I lean decidedly to the left, but I struggle to engage with mainstream party political discourse. Often it seems that there are only a few credible options, which are primarily distinguishable by different coloured ties on privately-educated white men. These men tell us how they are “tough on immigration” and in favour of “hard-working British people”, they call one another names and accuse one another of fiddling expenses. Then everybody laments about voter apathy and how young people aren’t interested, etc etc. I would never neglect to vote on principle, but election season is always a depressing one as I try to work out which of the candidates dismays me the least.

I’m living in Staines at the moment, which is the borough of Spelthorne. Our current MP is Conservative Kwasi Kwarteng. All I know of him is that he doesn’t live around here and he co-authored a book about how British people are lazy, obviously endearing us all to him and inspiring us to select him to represent us. Spelthorne is a Tory safe seat – we last had elected a Labour MP in 1945. I am not going to vote Tory and so, deep down, my voting can feel like a pointless exercise. Do I vote Labour, then, as the most likely way to avoid another Conservative, even if my heart is not in it? In 2010, the first general election at which I was old enough to vote, I opted for the Lib Dems in the wave of the “I agree with Nick” optimism. That turned out well.

I did the ‘vote for policies’ survey online which took a while but was a useful exercise. I came out 40% Green, 30% Labour and 30% Lib Dem. Then I turned to trusty Google to see what my options were. I instantly dismissed the re-election of Kwasi and the UKIP candidate. The Green candidate did not look like a Caroline Lucas or a Natalie Bennett but is a man with an impressive moustache and slightly crazy eyes. I googled him next and could find nothing except a webpage saying, “Paul Jacobs is following this site, wanting to find out more about the South East Green Party. Paul Jacobs signed Fracking.” Perhaps not. Then I googled the Lib Dem candidate, thinking she’d have to be pretty impressive after the last half-decade. She’s 25 and feels strongly about the environment, as far as I can tell. The Lib Dems, unknown to us, may have mitigated the awfulness of the last five years, I suppose, or they may have gone along with it. I can’t summon up any enthusiasm about voting for them again. The Labour candidate looks hopeful. She’s a couple of years older than I am, also a mum, not a career politician. And the other option is the Trade Unionist and Socialist Coalition, which does sound rather right-on but I decided to do more research.

After a brief chat with the TUSC candidate on Twitter (he seems like a nice bloke) and reading a couple of websites, I have learned that TUSC are essentially anti-privatisation, anti-cuts, anti-student fees, anti-nuclear weapons, pro-environmentalism, pro-diversity and pro-equality for marginalised groups. They want to tax the rich, raise the minimum wage to £10 an hour and lower the voting age to 16. I am on board with the vast majority of their policies, I have to say, certainly in principle, though I don’t know how much the minutiae of all this has been worked out. I mean, realistically, they’re not going to be running the country anyway and there is something almost refreshing about the slightly amateur-looking website in contrast with Labour’s high-tech swooshiness.

Crucially, for me, TUSC want to reverse the benefit ‘reforms’, in which companies have been offered financial incentives to plunge thousands of disabled people, especially those with mental health problems, into poverty, homelessness and despair. The Labour manifesto is suspiciously silent on this issue. I e-mailed them a month ago to ask about it and received an automated response but nothing further. A friend is asking for me but, I have to say, none of it screams transparency and trustworthiness.

I find myself in a dilemma. Ultimately, it doesn’t matter how I vote because the Tories will almost certainly get in in Spelthorne anyway but does it matter to me and my conscience. Voting here, it turns out, is more about navel-gazing than anything else, which is ridiculous, but there you go. Should I vote tactically because Labour are infinitely better than the Tories and have a lot more hope of being elected than TUSC do? Is it even slightly likely to make a difference in a safe seat? Ed Milliband is no Winston Churchill (by which I mean an inspirational leader, not a fat man in a monocle) but he is certainly better than Cameron. Martin Freeman assures us on YouTube that Labour are the good guys after all but the whole thing is a little too slick, a little manipulative. Could I live with myself, knowing that I voted for a party that is, in all likelihood, planning to continue this persecution dressed as reform and that, ultimately, I do not trust? Or should I vote with my convictions, knowing full well that I am essentially wasting my time? Do these protest votes for hopeless candidates actually make a statement that will, over time, effect change? Answers on a postcard, please.

You can read more from Laura on her blog http://www.keepingiteclectic.co.uk/ 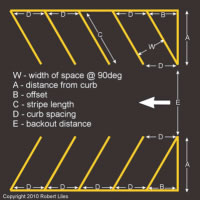 What’s up with RHUL’s parking?

You can’t go a day without seeing vehicles going in and out of campus. Especially the flashiest ones! But whether you drive or not you can’t help but notice the full car parks and how frustrating it must be to find a space to park. For a student who commutes from London by train this […]

I want to talk about election canvassing. More specifically, Student Union Election canvassing. This year has been my first experience of university elections and I’m so glad that the democratic system of this country has transferred to university. However, the ways in which the candidates tried to gain support leave much to be desired. They […]