Jess Hines interviews The Step and talks to them about their song writing, their thoughts on popular talent TV shows and working with Liam Nolan – who worked on Adele’s “Hello”. 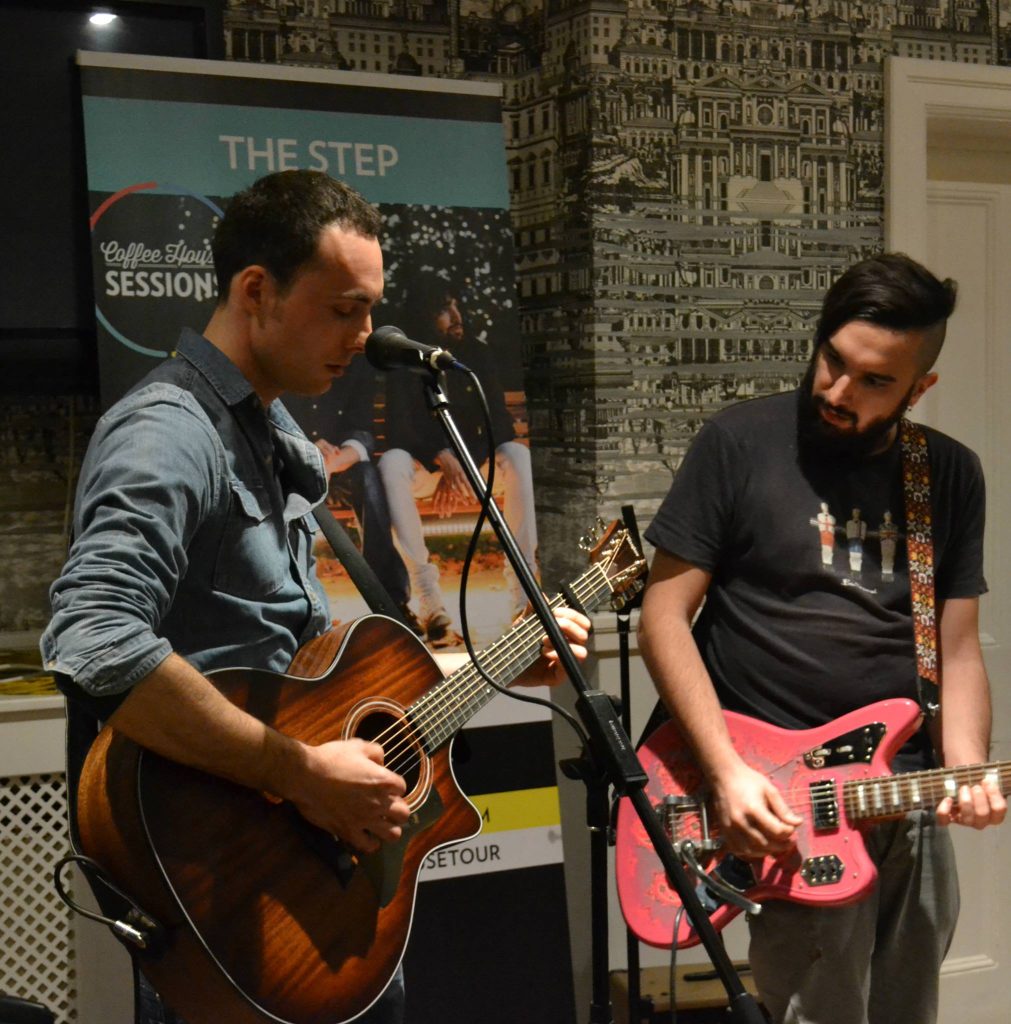 Crosslands is alive and buzzing with students as the crew enters to set up for another Coffee House Sessions performance. Performing tonight is London based Italian indie duo, The Step. Stefano and Oliviero begin to help organise the stage the moment they enter, despite already playing at two other university venues today. Bright eyed and smiling they seem surprisingly energetic, considering they had performed at Winchester university only a matter of hours ago. Soundcheck has everyone in Crosslands quieting down and turning their attention to the two figures at the front. They tease the audience with a brief performance of part of their song Something More; this alone garners a raucous applause… 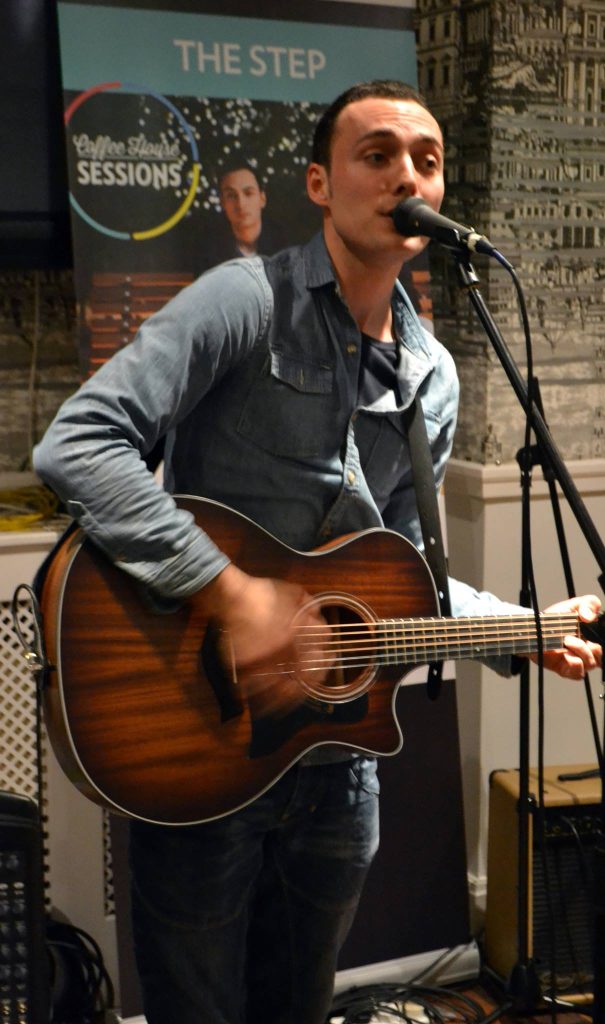 A few minutes later Stefano introduces the band and they begin their set. His voice is gentle and soft but grows in strength and power throughout the song. Their music is addictive and after they finish playing I’m left with his voice and the guitars echoing in my ears. They deliver the kind of music that appeals to everyone. While their style is predominantly alternative there are also intertwined pop elements allowing for The Step to reach a wider audience. Oliviero’s guitar skills prove to be impressive, the sound is clear and the melody of Something More is most definitely anthemic. 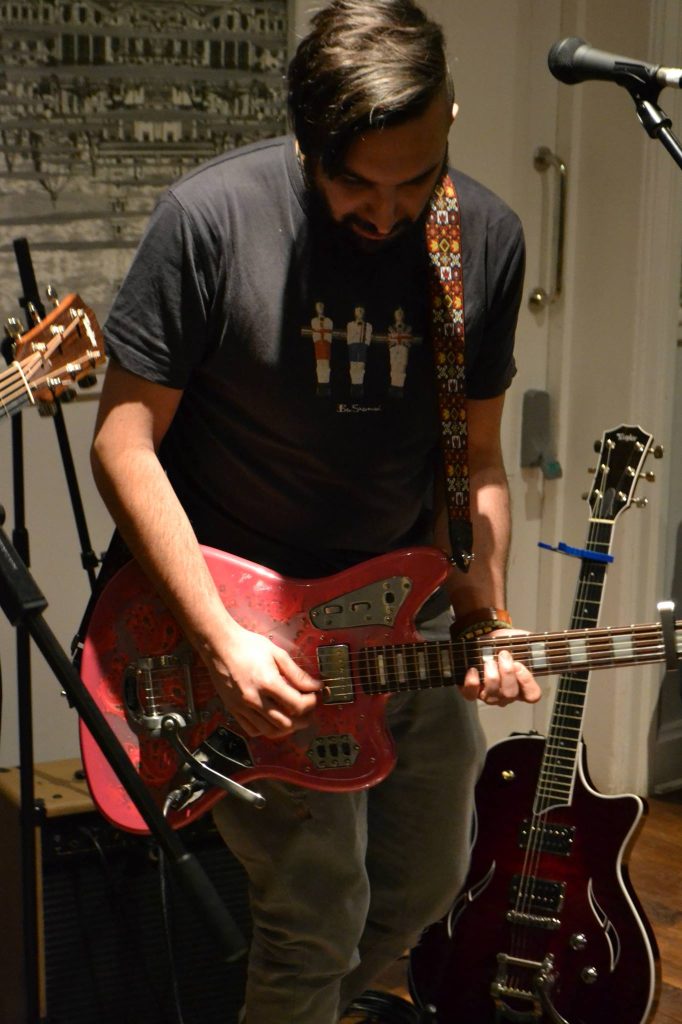 They finish their performance and immediately begin handing out free copies of their EP Gravity, interacting with their audience and receiving an array of compliments. Stefano and Oliviero were happy to discuss their music, explaining the beginnings of the band and how lucky they felt to be working together. They explain how they both worked on other projects in Italy before finding each other. (Stefano:)“It’s a dream, I can say to him, ‘you remember that song…’ and he’ll say ‘of course I do’”. They speak together, finishing each other’s sentences and overlapping each other with the same comments, their artistic connection is undeniable “the ideas are flowing together and in the same moment” Stefano tells me.

They explain that while Stefano takes on most of the songwriting, Oliviero alters the piece with the addition of the guitar, highlighting important parts of the song. (Oliviero):“It’s never the same once it’s finished”. Being in a band isn’t easy; we all know that, so what keeps them still doing it? (Oliviero): “Playing a gig, playing our own music and having someone come to us after and say ‘Hey man, I really liked your gig, that song is amazing…’ even if it’s a large crowd, just one person makes it all worth it.” These guys are so deep into their music, their fans, it’s clear from the sparkling excitement in their eyes as Stefano states “it is not possible to be without music, I’ve tried, (I) can’t live without it.” Oliviero nods in agreement, their passion for what they do emits from them both like electricity. 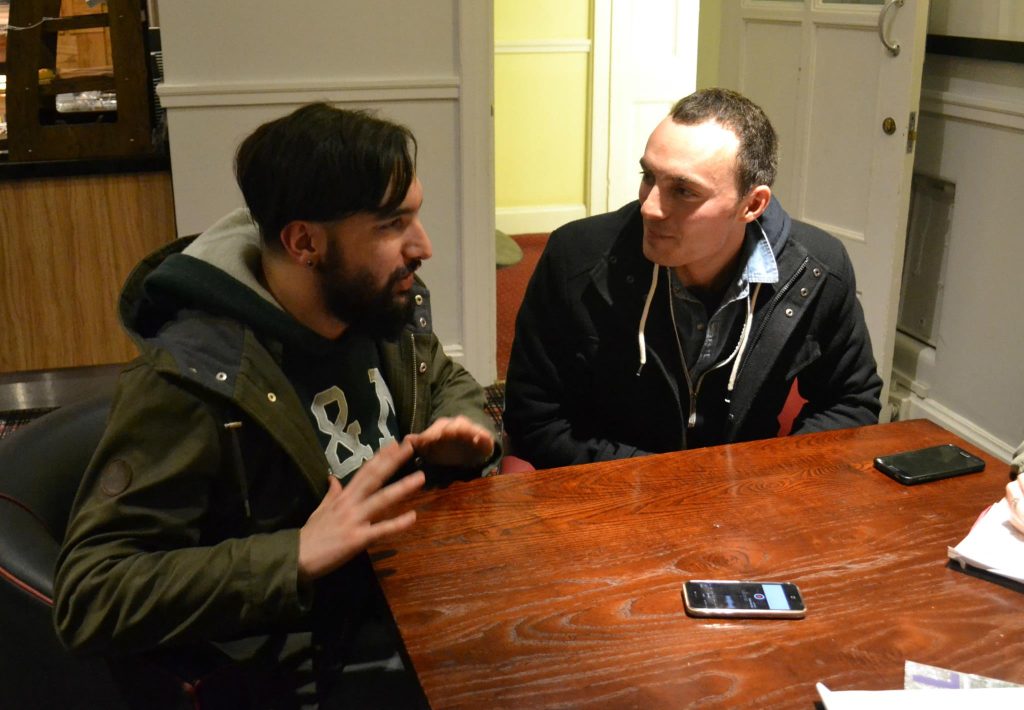 When I ask about the difficulties of being a musician, of breaking on to the scene they’re quick to describe their distaste for the likes of the X Factor and The Voice. (Oliviero):“It’s difficult when you must fight against artists who are becoming superstars from being on TV for just half an hour because labels want to spend easy money”. For many, the journey a musician makes from playing almost empty gigs, to sell out shows is an important part of shaping them as an artist, a journey that can easily be cut short through an X Factor appearance. They go on to discuss the trouble of travelling around London with instruments and amps in tow, (Stefano):“Carrying this stuff around London is difficult, but we have to do it.” He smiles and shrugs, clearly a worthy struggle.

The duo share the excitement behind an unreleased song, mixed in Metropolis Studio, London by Liam Nolan, who worked on Adele’s 25 and Hello. (Stefano):“It’s our first time to work with such a professional guy, mixing can change the song so much!” A busy year lies ahead for The Step; they’re working on a LP for release, organizing another tour while ensuring they still have time for smaller gigs and festivals. As they head off for another interview the impression they’ve left remains strong in the air, igniting energy and excitement among all.