The Millennial Generation: Did We Invent Anxiety? 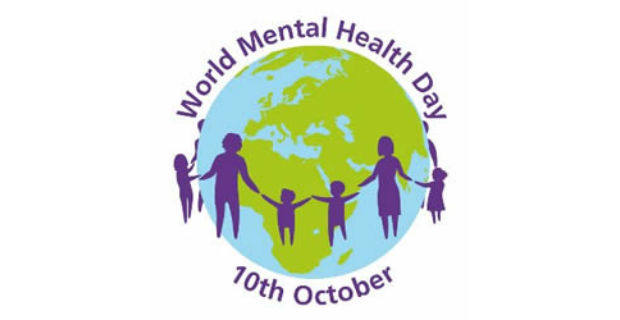 If you looked at me, you would probably think I had a pretty good life. I do not have to work to pay for food and bills because my parents give me a set allowance per month, my student loan, pitiful at it is, pays for my rent for almost a whole year, and I am studying a subject I am passionate about at a university where I feel comfortable. But, of course, if everything was as perfectly fine as it sounds, I wouldn’t be writing this article.

I, and a record number of other people my age, suffer from anxiety. This generation, ‘millennials’, hold a number of records, a prominent one being not being able to afford housing despite working 40-hour weeks because of minimum wage and rising house prices. We are told we are the trophy generation, asking for prizes just for existing, always angry and fighting for more, like greedy children in a toy shop. Millennials also apparently hold the record on another issue: mental health problems. If you search ‘millennials mental health’ into Google, the articles are instant and many.

To put it more accurately, the millennial generation, our generation, in my opinion are the ones who reach out and the ones who talk about what we’re feeling. It is so important to realise that mental illness isn’t just anxiety and depression, although they are the two most common mental illnesses students suffer from. Mental illness can be things that people don’t even realise they’re suffering from, bipolar disorder dismissed as mood swings, alcoholism as a university staple and eating disorders brought on by being too busy to eat proper meals are all things students are suffering from now and have probably always suffered from. The difference between now and then? We’re changing the taboo of therapy, session by session. We are attempting to normalise the taboo of getting help for an issue you cannot cope with yourself.

It’s difficult to describe anxiety to someone who has never experienced anything like it, and this is often why so many students suffering from anxiety or mental health problems in general, do not tell anybody for months, not even their closest friends or their parents, brother, sister. Many don’t even notice the decline in their mental health until they have that first terrifying panic attack, manic episode, severe depressive slump. As a student, you’re being thrust into a new environment, sometimes hundreds of miles from home, and the rest of the world is probably looking at your Facebook profile and thinking what a wonderful, easy life you’re leading as a student.

A major issue regarding mental illness is that many sufferers don’t want to admit that they’re different from everybody else, that they cannot function as ‘normal’ human beings, but as mental health issues are on the rise, so the stigma surrounding it falls. Moreover, in an effort to reach out to others who may not understand what they’re going through, I will try and tell you what anxiety is to me.

Anxiety is turning up fifteen minutes early to a class just in case anything happens, feet pounding on the pavement hard as you hurry to a lecture most people will not have left their homes for yet.

Anxiety burrows down into your insecurities and thrusts them to the surface, leaving you naked and exposed. Anxiety is spending your life apologising for talking too much only to be told you have hardly spoken at all – and then continuing to apologise because your voice is too abrasive even for your own ears.

It whispers in your ear that you’re flushed, you look strange, people are staring, you’re walking weirdly. Strangers walk by you on campus, laughing with their friends. The anxiety tells you they are laughing at you, how you’re dressed, how you’re walking, the fact that you’re alone Their giggles become a sound of dread to you as your anxiety distorts reality and twists it to fit what it wants you to hear.

Anxiety is confessing to friends that you can’t go with them to parties because you feel as though you may throw up at the thought of it; calling them in campus bathrooms while locked in a cubicle because you’re having a panic attack and you feel as though you’re suffocating; not wanting to explain why your stomach is twisted in knots over ordering a drink at a cafe in case the words trip on the way out of your mouth.

Anxiety is a snake, slithering around your heart and making it beat faster, faster, faster even when you know you have nothing to worry about. Anxiety is your closest friend and your most battled enemy, always a click away and never fully disappearing even when you force a smile and tell people you’re fine.

Anxiety is hot, angry tears sliding down your cheeks as you confront yourself in the mirror for being such a baby but resigning yourself to clutching a cup of icy water as your hands shake and you try and steady your heartbeat, breath by breath. Anxiety cannot be cured. It can only hope to be controlled.

What I just described is a snapshot of anxiety. It has so many forms, and is such an individual experience. It can develop from something, such as trying to hide your sexuality from others, or develop from nothing, and both are equally valid. Mental illness, and mental health are not competitions of who has it worse? They are valid, important, debilitating illnesses that should be treated with the same respect as non-mental illnesses are and not dismissed as the products of overactive imaginations. We do not paint wild and unrealistic scenarios in our heads for you to scoff at us.

My friend Bobbi’s anxiety often hits her when she’s alone, whilst mine is almost always when I’m with people. She described her anxiety as imagining you have lost your child and you cannot see anything except the fact your child is lost and anything could have happened, always jumping to the worst possible conclusion. Then she said that doesn’t even begin to cover what it feels like when you’re experiencing a panic attack, and I nodded because I knew her words were heavy with truth.

But there is so much out there to help me now, to help Bobbi and to help so many others that need it. You are never alone, no matter how lonely you feel. If you have ever experienced anything like the symptons I just described then I urge you to get help. I know it can be terrifying. The first time I went to therapy, I thought my heart would jump out of my mouth. It is likely that the first therapist you see will not be the one for you, but persevere, because I promise you it is worth it.

People have different ways of coping. I am a writer, and when I write is the only time I don’t feel any trace of panic. Bobbi finds it helps her slightly to ask her boyfriend and sister to send her text messages every hour whenever they’re out at night reassuring her they’re okay. If you don’t know what your coping mechanism or your safe place is, therapy can help you figure it out.

Finally, I say to treat yourself. Whenever you complete an essay, read a few really long articles for a seminar, do a big chunk of revision or go to your first therapy session, buy yourself something: a chocolate bar, a new top, the book you’ve been wanting to read for ages. It can be as big or small as you like, but just make sure to acknowledge that you’ve completed a task that will help you in the future. You deserve it. 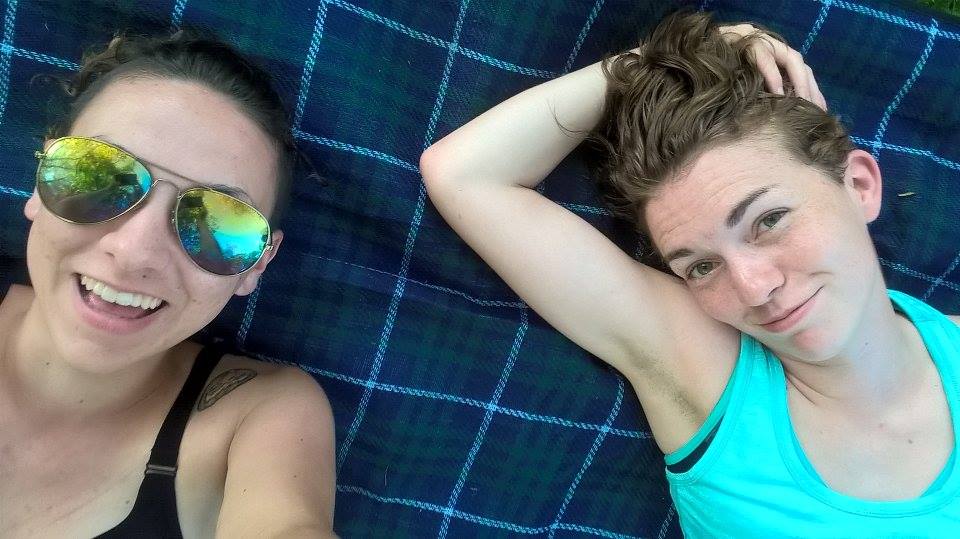 Criminology & Psychology students, Rebecca Simmons and Non Frenguelli, recently set themselves a challenge in order to raise money for Survivors UK.  So firstly, congratulations on your amazing achievement, you guys should be so proud! Rebecca: Thank you! It’s definitely a great feeling to have completed the West Highland Way and to have done it for […]

Your heart is pounding. Your hands are trembling. Your head is spinning. Everything is louder, brighter and faster than it seemed a few moments ago. These are just some of the symptoms that can occur during a panic attack, yet they can come in all shapes and sizes, and no two panics are the same. […]
This error message is only visible to WordPress admins