The damaging impact single-use plastics have on the environment has become a global concern over the past few decades, especially because they are present in so many everyday products and packaging. The British Plastics Federation has estimated that 32% of single-use plastics end up in the sea each year, which would be the same as one rubbish van full of plastic being dumped into the ocean every minute. Consequently, tiny particles from these plastics have been entering the food chain after being eaten by fish and other marine life, which has been causing them harm and even killing them. Thankfully, big corporations, supermarket chains and individuals have been actively reducing the amount of plastic they have been using, opting to use more sustainable materials instead. If you’re thinking of living more sustainably and want to reduce your plastic waste but are unsure of where to start, here are three things you can swap for your single-use plastics:

Cling film was introduced to the everyday consumer in the 1950s and is mainly used to cover and wrap food, but now over 1.2 billion metres of cling film is used in UK households each year. This single-use plastic is hard to recycle, meaning that most of it ends up in landfill, and the polyvinyl chloride (PVC) it contains makes the material almost indestructible. Although biodegradable cling film has been developed, it will only break down into smaller and smaller particles, thus still having polluting capabilities. A great cling film substitute would be beeswax wraps, made from the natural materials beeswax, organic jojoba oil, tree resin and cotton. They are chemical-free, keeping food fresh without the risk of PVC seeping into food, and last around a year of continuous use when they can be composted! They are available in various sizes and patterns from many different online shops. Just do a quick Google search.

Plastic containers are perfect for storing leftovers, whether that be your own cooking or food that’s been ordered in (I won’t judge). However, despite being reusable and microwave-friendly, they will break down with frequent use and become discoloured by all the food that has been stored in them over time. Additionally, they eventually warp with frequent re-heating and can cause chemicals such as Bisphenol A (BPA) to get into food, and are difficult to recycle or not recyclable at all. Over the years, glass containers have been making their way back into mainstream use. They are much sturdier and last longer than plastic, 100% recyclable, BPA- and PVC-free, and won’t stain or trap the smell of food in them. They are also much easier to clean and can still be used in the oven or microwave (just be sure to check the label). 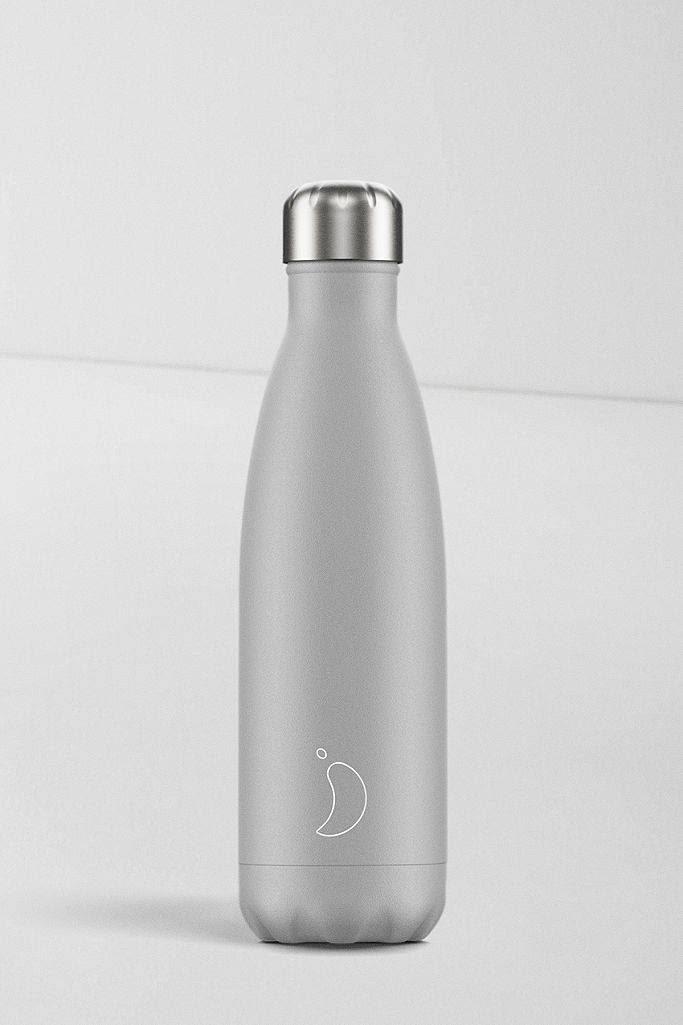 It’s so easy to buy a bottle of water when you’re out and about, but they also contain PVC, and even if they are reused for a while, the chemical can also contaminate your water and has to be thrown away when it becomes disfigured. According to www.water.org.uk, 7.7 billion plastic water bottles are used every day in the UK, and much of it ends up polluting rivers and seas after being discarded. Rather than reaching for the nearest Evian when you’re at the supermarket, opt for a reusable water bottle; they can be found on the high street and in various supermarkets – some are made from recycled plastic and are much sturdier, as well as being BPA- and PVC-free, and others are made of stainless steel, which are great for keeping your hot drinks warm and your water ice-cold.

We should all be aiming to reduce the amount of single-use plastic we use. Not only does it mean protecting ourselves from chemicals that can become harmful over time, but it means that we are doing our part in ensuring that a plastic-free future is achievable.