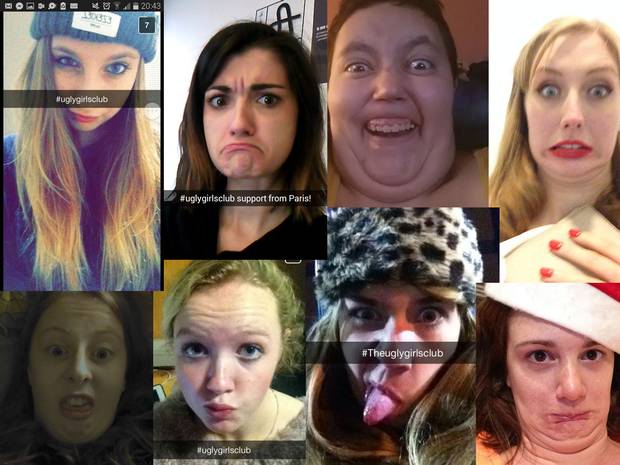 The Ugly Girls Club is probably the coolest trending feminist campaign out there. What came as an insult from another student towards the RHUL feminist society, turned out to become a powerful tool in dealing with the subject of society’s vision of women. The little incident that sparked the selfie campaign shows everyone how the feminist movement is wrongfully regarded by most people who are unaware of their true beliefs.

Unfortunately, many men and women assume that equality has been reached for all; they see feminism as an anti-male movement by women that are unhappy with how society is. Sadly I once held this view on feminism, due to the fact that I had never come by any inequality and thought there was no need for women to constantly fight for something that wasn’t needed. I was usually taken aback by some of the more radical and aggressive feminists that I had come by. I now think to myself, how could I have been ridiculous to the point of judging a whole group of women by a few? Stupid, I know.

What I do know now is that 2014 was a great year in raising feminist issues, especially with celebrities such as Emma Watson speaking up about it. The prominent issue in today’s society would have to be the importance given to appearance; I don’t say ‘beauty’ because that’s just something we can’t presume to know about. As ridiculously repetitive as this quote may sound to you, ‘beauty is really in the eye of the beholder’. Have you ever sent a hilariously ugly picture of yourself to your closest friends, simply because you know they love your personality regardless of your appearance? The Ugly Girl’s Club promotes sharing an unattractive selfie with the world through social media, proving you’re not afraid of judgement through your looks. The great thing about this campaign is that it is getting a huge amount of support from everyone, even men, who are joining in on the fun. This campaign has bought both sexes together, which is what feminism is truly all about.

New Years Resolution’s are the chance for us to brag to our friends about turning over a new leaf, becoming ‘a new me’. A new me who goes to lectures and seminars, who makes use of the gold gym membership bought back in Freshers week, who doesn’t waste all their money on VK’s just because […]

Watching Frozen for the millionth time, I’m still surprised that Kristoff asks Anna whether he may kiss her. Expecting the hero to seize a victory smooch, I realised we’ve long forgone consent because we’re not used to seeing or asking for it. Here was a Disney film portraying consent for a kiss, when 55 years […]