The Bechdel test was first introduced in Allison Bechdel’s comic “Dykes to Watch Out For”, in a 1985 strip called “The Rule”. In order for a film to pass the Bechdel test it has to meet the following requirements:
1. It has to have at least two women in it
2. Who talk to each other
3. About something besides a man
There have been variations to the criteria of the test, for example the female characters have to be named.

Think about a movie that you watched recently, or any movie at all. Does it have at least two female characters? Do they have a conversation about something besides a man? Can you try and name more than 3 films that pass the Bechdel test? I actually found it kind of difficult.

And that’s where the problem lies. The problem isn’t just about the lack of female characters in films (the movie Avatar, which features the character of Neytiri, fails the test) but the lack of depth to female characters. If passing the test were mandatory it would have jeopardised half of 2009’s Best Picture Nominees; it would also have cut the length of the annual Comic-Con to 45 minutes

Why do so few films pass the Bechdel test? One reason so few films pass the Bechdel test is that the majority of scriptwriters are male; women made up only 18% of the people who worked in a behind the scenes role in major films in 2012, and for women of colour this percentage was even smaller. Being male means that they are less likely to write about female characters; as a female writer, I’m more likely to write a story where female characters are central to the storyline.

Another reason is the assumptions about what audiences would prefer to see in a film. You are unlikely to hear a female talking about her problems to her colleague in an action packed Vin Diesel film. Even if it was a cliché rom-com, nine out of ten times the conversation will be about a male love interest.

It can also be noted that the only reason a lot of these films do pass the test is because the women only talk about marriage or babies.

So what can we do to change this?
1. Have more female screenwriters in Hollywood who can write more well-rounded female characters in movies
2. Have the (mostly male) scriptwriters work on their portrayals of women in films so that they are more than just aids to the male characters’ storylines. Again, this would involve more female screenwriters working in big name films.
3. Have the people who choose which scripts get made into films—the ‘gatekeepers’—open their minds to stories that have a more diverse range of female characters.

All is not lost dear movie lovers; to restore your faith in humanity, here are some films I’ve found that do pass the Bechdel test:
1. Legally Blonde
There are several instances where Elle talks to females on other topics beside men. Elle gets Brooke to tell her her alibi; Vivian lies to Elle about the party being a costume party, and Elle interviews chutney on the witness stand.

2. Black Swan
The main character regularly talks to her mother; there is also a lot of discussion between the other ballet dancers about the challenges of the profession.

3. Coraline
Women in the film include; Coraline and her mother, her other mother, Mrs Spink, and Mrs Forcible to name a few. All of them at some point have a conversation with another female character that is not about a man.

4.Juno
Juno has plenty of arguments with her mother, and a discussion about prenatal stuff. This fails the anti-Bechdel test – no two men talk to anything other than a woman.

5. Pan’s Labyrinth
Mercedes and Ofelia talk about believing in fairies and Ofelia’s dress; the both manage not to talk about a man while Mercedes is getting Ofelia milk. If it is easy for a dark fairy tale like this one to pass the test, why does it seem so difficult for a simple rom-com to do the same thing? 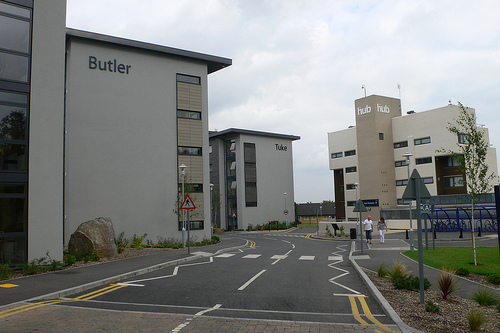 Maintenance of campus accommodation: an experience of varying satisfaction

It was half past eight in the morning and I was fast asleep. As it was my day off from lectures, I wasn’t planning on getting up anytime soon. However, my peaceful slumber was soon disturbed by incessant knocking at my door; knocking that had also woken up the other seven members of my flat. […]

The Paradox of Militant Liberalism

Does the rise of political correctness have the potential to be just as oppressive as intolerance? The internet has given young people a larger platform than ever before to air their views on the world and make their voices heard. No corner of the internet is more demonstrative of this than the popular blogging website […]
This error message is only visible to WordPress admins