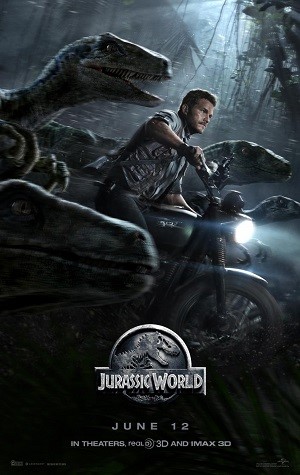 REVIEW
When Steven Spielberg brought Jurassic Park to cinemas way back in 1993, the world fell in love. With 3 Academy Awards under its belt, the classic film changed the way audiences saw visual effects, as this was the first film to really bring dinosaurs to life realistically. Now, 22 years later, the world of dinosaurs is brought back to the audience’s attention. Although there were 2 sequels to the classic, The Lost World: Jurassic Park and Jurassic Park III, they didn’t quite live up to their predecessor. Jurassic World, on the other hand, arguably does. In this film, we see the dream of John Hammond (the man behind the original ‘Jurassic Park’ in the first film) become a reality, as ‘Jurassic World’ is opened to the public on the infamous island of Isla Nublar. The first part of the film really is a spectacle, both the audience and the characters are introduced to the magical world of dinosaurs. The 2 young boys whose story we follow throughout the film are just as amazed as the audience, as we witness them explore a world that should be deemed physically impossible to create. But, despite all of the amazing spectacle accompanied by John Williams’ classic score, the audience can’t help but wonder one thing: when will it all go wrong? And, just like in all of the other films in the franchise, things eventually do go wrong. This is possibly the film’s one mistake; it follows so much in its predecessor’s footsteps that it almost copies the narrative – the characters are introduced to the magic of the park, a dinosaur escapes, many characters are killed, and the famous T-Rex ultimately saves the day. Many critics have mentioned this as a fault in their reviews, but it can be seen as a homage to the original film; by following a similar narrative, fans of the Jurassic Park feel a sense of nostalgia to a film that they possibly grew up with. Aside from this minor criticism, the rest of the film is exciting and almost humorous at points, due to the acting of film frontrunner Chris Pratt. The Guardians of the Galaxy star brings his talent to the role of Velociraptor expert Owen Grady, who is the first to react when things start to go wrong. His character, along with Bryce Dallas Howard’s no-nonsense park manage Claire Dearing, provide the film with a duo that defy all odds and manage to survive the chaos. But, like all monster films, the true main characters of the film are the dinosaurs. One of the main narrative points of the film is Grady’s relationship with the notorious Velociraptors, as he tries to form a bond with them. Eventually, he manages to form a relationship with a lone surviving Raptor named Blue, who is evidentially Grady’s favourite. The main villain of the film is the Indominous Rex, terrifying brought to life through stunning and highly realistic special effects. Both humans and dinosaurs are targeted by this genetically modified killer, but both species eventually manage to work together and bring down this monster. But, despite all of the new dinosaurs and powerful characters, the main character of the film is arguably the world-famous and immensely popular Tyrannosaurus Rex. Unlike all of the other dinosaurs and most of the characters, the T-Rex is a veteran of the series. First appearing in Jurassic Park, the now much older dinosaur even has scars from the classic fight with the Velociraptors in the first film. Nicknamed ‘Rexy’ by audiences, the T-Rex is definitely the most popular dinosaur of the series, and arguably the most popular character. Despite appearing as a villain in the first film (she is only seen briefly as a hero at the end of the film), this dinosaur is definitely seen as a hero in Jurassic World.

VERDICT
Despite a few underdeveloped characters and a somewhat predictable narrative, Jurassic World definitely lives up to its predecessor as a classic and stunningly made dinosaur film. Also, being the biggest film of 2015 and the third highest-grossing film of all time, it is clear that dinosaur films are still popular with audiences both old and young. With a sequel scheduled for 2018, the ambiguous ending leaves room for yet more development in this classic franchise, and proves that Jurassic Park will stay around for a very long time. 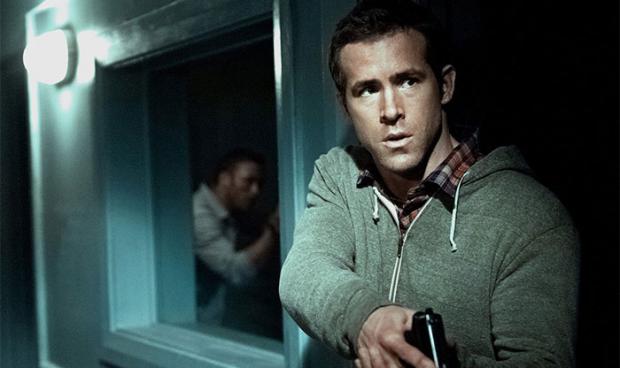 A film with a concept that could’ve blown up to become a hit movie – but turned out be yet another box office bomb. Director Tarsem Singh produced a film with incredible concepts and interesting scientific ideas that by the end fizzled out to an action filled movie with a predictable plot. It is an […]

For The Record: Is Vinyl Back To Stay?

In the not-so-distant future, our children will be jealous beyond belief of our VHS videos and the battered cassette tapes we find in the attic. It’s not as bizarre as it may seem. With the surprise resurrection of vinyl, and record sales rising swiftly from the horizon, the ancient relics of our parents’ teenage rebellion […]
This error message is only visible to WordPress admins