Ah Christmas. It seems that the beloved festivity comes around quicker and quicker with each passing year. A sentiment that is, perhaps, egged on slightly by that fact that once ‘Back to School’ hype has blown over, the magic C word always seems to somehow worm its way back into our lives. By the time October has begun and the leaves have started to change we are gradually bombarded with all things festive, and before you know it you find yourself wondering what this year’s John Lewis advert will be (maybe that’s just me!).

This year however, my Christmas build up started slightly differently. I am on my year abroad in Dijon, France and I have noticed a number of differences between how the French and the British prepare for the arrival of Old St Nick. After coming back to the UK for a week at the end of October it became glaringly obvious that us Brits are perhaps a little too keen. Whole aisles of our supermarkets are already dedicated to Christmas; the unmistakable sight of red and green, twinkling lights and chocolate shaped like Rudolph and Santa. In my local supermarket in Dijon however, there is simply the odd bit of festive chocolate here and there, but nothing that jumps out and smacks you in the face with a stocking. I did stumble across a little Christmas section in a French department store and was greeted with a humble, tasteful display, miles apart from the gargantuan winter wonderland displays that dominate entire floors of our British equivalents.

Strolling through the centre of my hometown, Cardiff you can’t help but notice the entire festive window displays popping up in every shop as well as some loud and tacky pop-up shops where you can buy lights in every colour and shape to adorn the front of your house with. A sight that I highly doubt I’d see in Dijon. The French, for the most part, are so much more laid back when it comes to the commercialisation of such events. For example, in my area of Dijon I saw hardly any indication that Halloween was approaching. It seems that Britain is becoming increasingly prone to the American way of celebrating; the all-or-nothing approach. Which, of course is lots of fun, but when it comes to the Christmas hype, the French and the British take the opposite approaches; the Brits bombard you with all things festive as soon as humanly possible, whereas the French seem to let you feel things out for yourself. However, I enjoyed visiting a French Christmas market in December and seeing the streets of Paris light up like the Eiffel Tower at night. Surely the French must have the most exquisite and richest mulled wine around and the most delicate of Christmas Patisseries. So regardless of cultural differences, I’m sure one thing will remain the same across both countries come December 25th; lots of good food and wine! 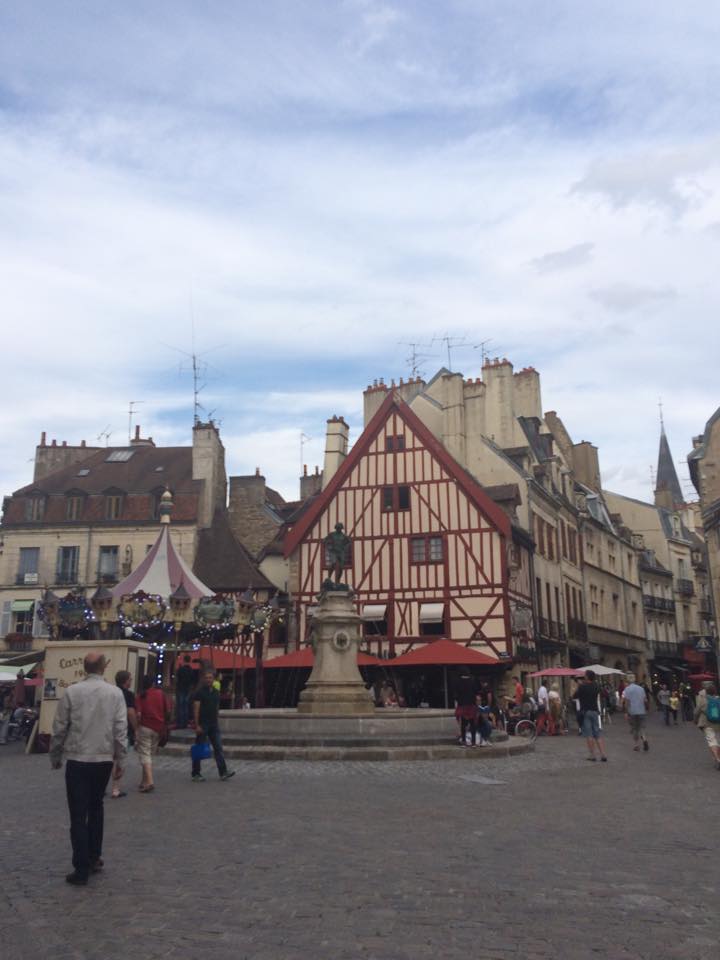