When you mention that you’re considering a study abroad during your degree, people usually assume that you will be going somewhere in Europe or, if you are feeling adventurous possibly America. So I guess it comes as a big shock to some when you say that you want to go to Asia. Especially if you have decide to go to South Korea, a place most people only vaguely know due to ‘Gangnam Style’, North Korea, and Olympic Ice Skating. Nevertheless there were a handful of RHUL students that went to countries in Asia this year, one of them being me. Forget study abroad only being for language students; studying abroad is for anyone to go anywhere. My study abroad year is an additional year rather than an internal, so it doesn’t count towards my grades. This has meant I have the freedom to study any subject I want, at a pace of my liking.

Besides Gangnam Style and Kpop, South Korea is an amazing place that is rich in history as well as impressive technology that arguably surpasses ours. It is amazing to see 400 year old shrines and palaces next to 20ft skyscrapers. The cultural mishmash of old and new in the capital city Seoul means there is something that will appeal to everyone. Settling in has been much easier than I initially expected. I remember being so nervous on the plane, as it was the longest flight I had ever taken by a good 3 hours and the first time I’d flown alone. I didn’t really experience much of a culture shock when I arrived but it was still strange at first to be in a different country with various different customs. Seoul is home to over 20 million people so to go from little old Egham to a university in a mega city was a little overwhelming; always bustling with people life here is very fast paced. Things stay open until 11pm (no campus shutdown on Saturdays) and people are generally very nice a hospitable. Cultural faux-pas obviously occur, but in my experience people have always been very understanding and don’t get offended at my lack of knowledge in Korean culture. Learning about a culture different to ours is one of the most interesting things about studying abroad as I feel it gives you a slightly wider perspective on the world and all the people living in it. I have a lot of  respect for foreign students who choose to do their whole degrees abroad because being able to speak the language isn’t enough to fully comprehend a different culture.

At Korea University in Seoul I have temporarily said goodbye to Shakespeare and poetry and turned my hand to studying Media and Journalism with additional Korean language lessons. Because I am still attending university full time, studying is very much still the biggest part of my life. Just like England we have exams (lots of exams), my lessons are all taught in English (apart from Korean), lecturers can be pretty strict and students are generally hardworking because of this. But even normal university life in Seoul isn’t the norm of UK uni life and everyday I’m learning and experiencing new things. In a country where there still aren’t many foreigners, making friends is important for settling in. The great part of experiencing another country as a student is the support base you get from the university you are visiting. One of things that I have really enjoyed here is Korea University’s sporting events. They take sports very seriously here and the whole university learns songs and actions to cheer on the teams throughout the matches; it’s even showed on TV! Socializing is a big part of university here and I go out for dinner or drinking most nights. As well as this I met loads of other exchange students and lots of full time students who have made me feel welcome.

The biggest part of studying abroad in a non-English speaking country is probably the chance to study a new language. I’ve been very lucky that Korea University makes it mandatory that it’s students take classes in English, which means I’ve met many people that can easily converse with me. However outside the lecture theatre it is not so easy, and being able to speak basic Korean is a must. Korean, though one of the most difficult languages to learn is definitely more interesting than the French you did at secondary school and because you’re learning the language whilst living in the same country the benefits of studying are instantly rewarding.

So if you were thinking of studying abroad I would highly recommend it! You may have to work hard to get some money and stretch your language skills. My first semester has been pretty amazing and I am extremely excited for what my final months in Korea will have in store for me. I’ve studied a new subject, tried food I never thought I’d eat in a million years and met some of the dearest people in the world. Whether it has been big sporting events and going away on trips with my friends or little things like staying out all night and wandering around Seoul to find breakfast at 1pm, the past 5 months have been unforgettable. Whilst I may seem crazy for wanting to extend my university studies for another year (I have to come back and complete 3rd year), this additional year has quite possibly been one of the best things I’ve ever done with my life, even if it doesn’t get me a job. 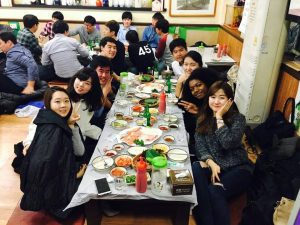 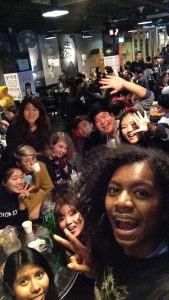 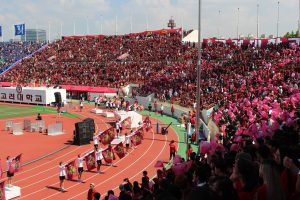 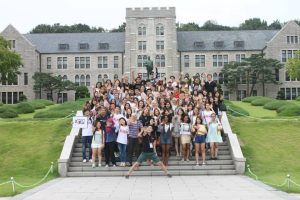 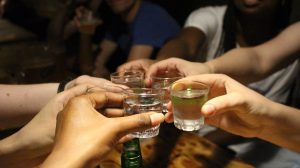 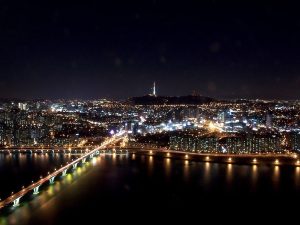 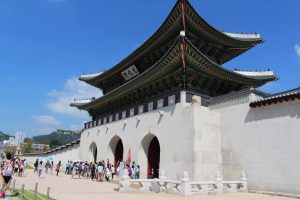 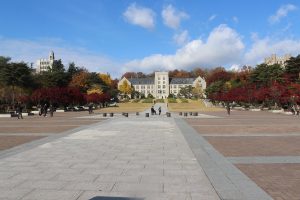