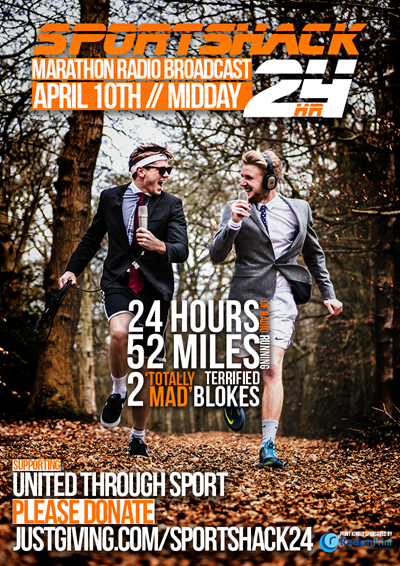 Insanity’s Radiothon was just the warm up for Sportshack presenters Will Chamberlain and Tom Brown. The next stop – running the London Marathon. Whilst presenting a radio show. How hard could it be?

Where did the inspiration for a marathon/radio show come from?

We took part in the Insanity Radiothons with a number of other radio shows, all of us doing 24 hour marathons on air. We decided to push ourselves a little further and as we both love sport and host a sports radio show, thought running a marathon would be a great challenge.

Why did you choose ‘United Through Sport’?

We chose UTS as Elena Guthrie (head of operations at Insanity) had been out to Africa and worked with them in the summer. After checking out their website and chatting with the head of their base in Ghana, we decided that we’d like to support them. They do amazing work with children and communities to give them access to coaching, equipment and the chance to go abroad and try out for big teams, opportunities that wouldn’t exist without their help. They support talented young boys and girls, giving them a place to stay, food, clothing and all the equipment they need to train and reach their full potential.

What did the training consist of to be able to run and talk?

If we did it again, I think we’d train a bit harder! We were rather relaxed about the whole thing, which wasn’t really the best approach as our lack of training really came back to bite us during the last few miles of the marathon. We’d gone for a few runs, and practised the timing of the running and presenting a few nights before the big day so we felt pretty confident going in to it. We were really grateful to have Ant and Dan from RHULSport give us some advice on diet, stretching and avoiding injury in the run up to the marathon, and they came on air on the day to give us some last advice, which was really helpful.

On the actual day, what was the hardest part? Did anything surprise you?

For me (Will) it was the 3-6am stint which was really quite brutal. At that point all the adrenaline of the event had worn off and my body was crying out for a sleep, which made presenting a meaningful radio challenging. The pain which we both felt during the last few hours meant that we were limping around the 2 mile circuit which must have been comical. But we were so fortunate to have a great team with us who supported us by being guests on air (big shoutout to the 12 hour crew!) and  running with us horrendously early in the morning to keep the moral up! I think the hardest bit for Tom was probably keeping his hair in check, he had a wide array of headbands, bandanas and other contraptions to keep his quiff from getting in the way.

The support which we received during the event and before really was amazing! We were joined by many fantastic guests on air, we had live music played by Livvy Beer and Hannah Collison which added a great element to our show, and we were so grateful to everyone who ran with us. Massive thanks to Harley Ayers who ran 12 miles back to back and didn’t seem to break a sweat! And of course our fantastic, beautiful and energetic producer Thea Matthews who without her, I honestly don’t think we would have got everything organised in time! Not to mention her always positive attitude which kept us going throughout the 24 hours, she’s the best.

A quick RoHo question: which sports/socs have really stood out for you this year?

It’s been really interesting having graduated last year to still be involved on campus in some way. For me, I’ve been really impressed with women’s sports in general, especially football and rugby; they’ve always been excited to be involved in the show and were great to work with on the This Girl Can campaign. Not to mention their brilliant results this year and all the fantastic work that they’ve been doing in the community! I think other societies can learn a lot from those girls.

So far, Will and Tom have raised  an incredible £1379 and 1 penny for ‘United Through Sport’. You can tune in to the Sportshack on Insanity 103.2FM every Saturday from 4 til 6 for sports and ‘cheeky banter’. 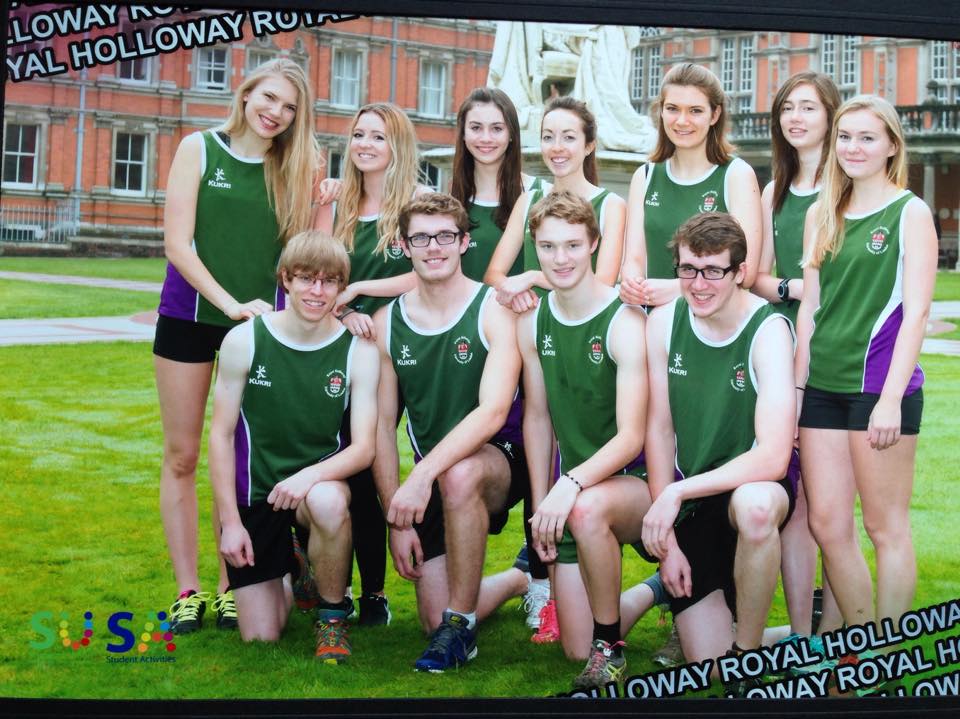 Running hasn’t always been part of my life. It has only been since coming to Royal Holloway that I started training seriously – mainly because I was rubbish at ball sports and couldn’t do a cartwheel to save my life. Back then, however, there was unfortunately no official running club, just a few people who competed […] 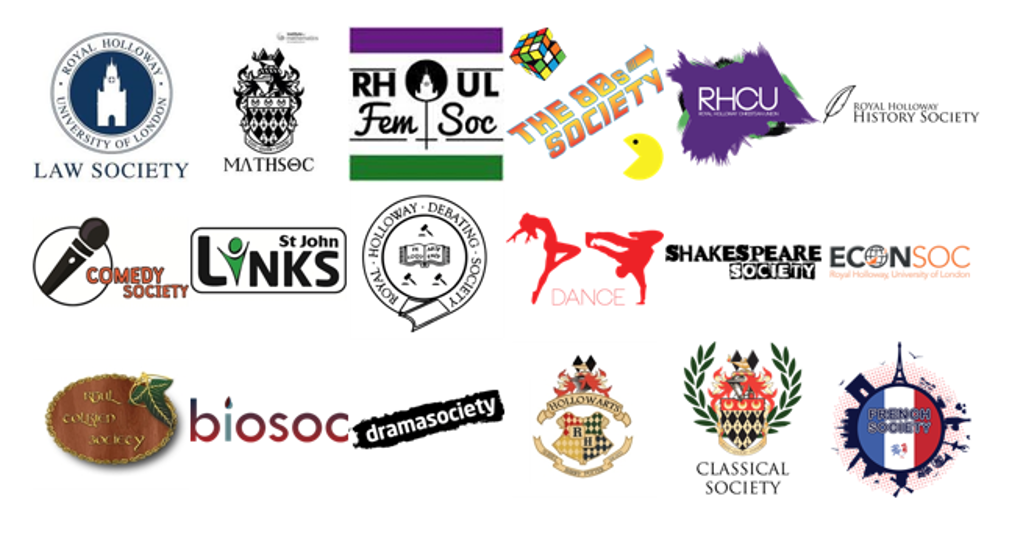 Why join a society?

Royal Holloway has dozens of societies, ranging from the usual, such as History, to the not so usual, Humans vs. Zombies, and now is the perfect time to join up! If you’re struggling to decide whether or not to join a society, we’ve come up with 5 reasons why it would be a fabulous idea. […]