You’d Be Wilde To Miss It 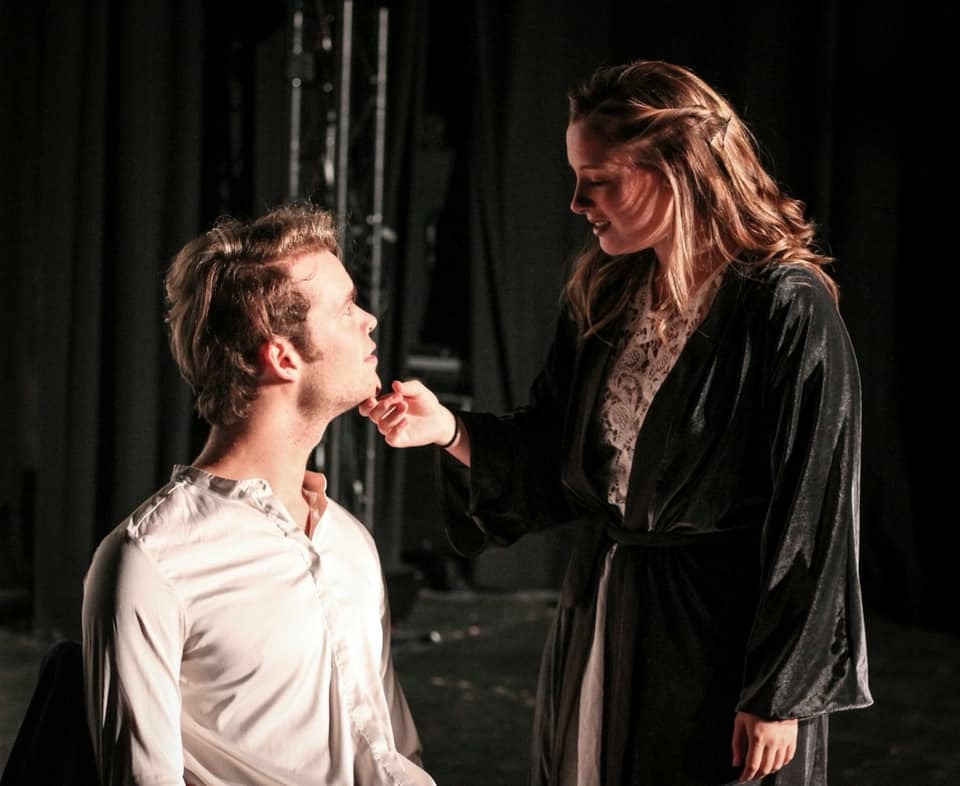 Samantha Davis reviews her favourite Oscar Wilde story: The Picture of Dorian Gray. What did she think of Drama Society’s adaptation?

With a pre-existing collection of beautiful and comedic Wildian plays to choose from, I can’t deny I was surprised to hear that these options had been axed for the adaptation of the novel The Picture of Dorian Gray. However, upon leaving the performance I can without a doubt understand the decisions that compelled this magnificent choice. The Picture of Dorian Gray stands alone as Oscar Wilde’s only novel and tells the tale of the conflicting relationship between morality and pleasure which aids to the corruption of the the once beautiful soul of Dorian Gray. It is clear that the production team had this complicated motif in mind and executed it fantastically.

Upon entering the hall, Basil Hallwood (Sean Simmons-Barry) is rotating between admiring his artwork and dabbing at the canvas with his brush. The set was perfect for the timepiece of the play and very much added to my enjoyment and engagement throughout the performance. The focus and concentration of Simmons-Barry made it clear to the audience before the play even began that Basil is both a dedicated and talented artist. The costume further adding to the perfect artistic flair. Upon the entrance of Lord Henry Wotton (Connor McClenan), the scene is brought to life with a burst of energy as McClenan fully embodies the grandiose nature of the nobleman. He also handles the Wildean wit and cynicism expertly with his timing and tone of voice, gaining himself many well deserved laughs from the audience. It is clear that McClenan knows how to control a stage.

When Dorian Gray (Tom Holmes) enters the scene he completely commands the audience’s attention. Holmes has all the poise and charm of Dorian, whose beauty shines inside and out. Holmes, Simmons-Barry, and McClenan played perfectly together on stage with their quips, interactions, and timings feeling both completely natural and at ease. They all had a clear power over the text and all three of them delivered Wilde’s lines with complete control. The changing of the relationship dynamics between Dorian, Henry, and Basil holds you captivated throughout the performance and you can feel the tensions created through their different values and attitudes towards life.

Simmons-Barry certainly achieved the aim he stated in the programme of wanting to ‘explore Basil’s queerness’ which he did through his very controlled yet incredibly emotional portrayal of the artist. I felt the majority of my sympathy going out to Basil as he confessed his emotions to Dorian and struggled to watch his friend’s purity become tarnished. As Dorian’s corruption continues under the influence of the cynically Henry, Holmes’s performance only becomes stronger. He handles Gray’s character arc with an extreme emotional maturity and intensity which seemed to allow him to fully embody Dorian’s descent towards sin. His performance was totally engaging and he managed to create a very complex character masterfully.

Dorian’s love interest, actress Sybil Vane (Alicia O’Neill) brought with her a sense of innocence and optimism that can only come from a first true love. O’Neill brings a youthful joyous energy to Sybil which she beautifully contrasts with painful heartbreak she feels when Dorian leaves her. The chemistry between Holmes and O’Neill allows for a very emotionally charged and wonderfully staged scene. Mrs Vane (Lucy Doig) created a few more moments for laughter from the audience over her own admiration of the handsome Dorian Gray and conveyed the worries and hopes of a concerned parent with a great sense of sincerity. James Vane (Cameron Cheung) was also seen to be a loveable and protective brother to Sybil and it was very rewarding to see his soft nature juxtaposed in a later scene where he confronts Dorian.

This cast was full of talent which was made evident even through some of the smaller roles. The Duchess of Harley (Tamsin Fatodu) was portrayed with a clear sense of agencey and conviction to her class status. Lady Agatha (Esme Pearson-Brown who also plays Duchess of Monmouth) added to the sense of upper class refinery and Sir Thomas (Sam Judge) – who played an almost uncannily accurate old man – commanded respect and played off Henry Wotton beautifully. His performance of Victor (the housekeeper) was also particularly well executed in the final act with Judge and Holmes sprinkling some well placed comedy into the darker half of the play. Callum Pardoe was another convincing elderly gentleman as Lord Fermor and also worked very well opposite McClenan. Felix Jordan, as Mr. Hubbard was another delightfully comedic break as his eagerness to help Dorian was both endearing and amusing. I particularly enjoyed the character of Alan Campbell (Peter No) and the conflict he felt over his relationship with Dorian. No showed great emotional intensity and created a very powerful and complex character in only a short scene.

For opening night the tech seemed to work to cue and very much added to the atmosphere of the performance. The use of strobe and coloured lighting was done tastefully and appropriately and I particularly enjoyed the way the tech was used to open the second act. Lily Grainger and Manisha Sondhi also did a fabulous job of recreating and sourcing period costumes which managed to fit each characters style and personality. It whisked you back to feeling like you were fully emerged in the everyday life of 19th century. The make-up can also not be overlooked and the subtle hints of ageing added to the actors was done very effectively.

Overall, this performance was truly incredible. The amount of dedication from both the cast and crew shines through and it made for an absolutely mesmerising piece.

The show runs until the 27th November and tickets can be purchased on Royal Holloway Students Union website. I cannot recommend it highly enough. 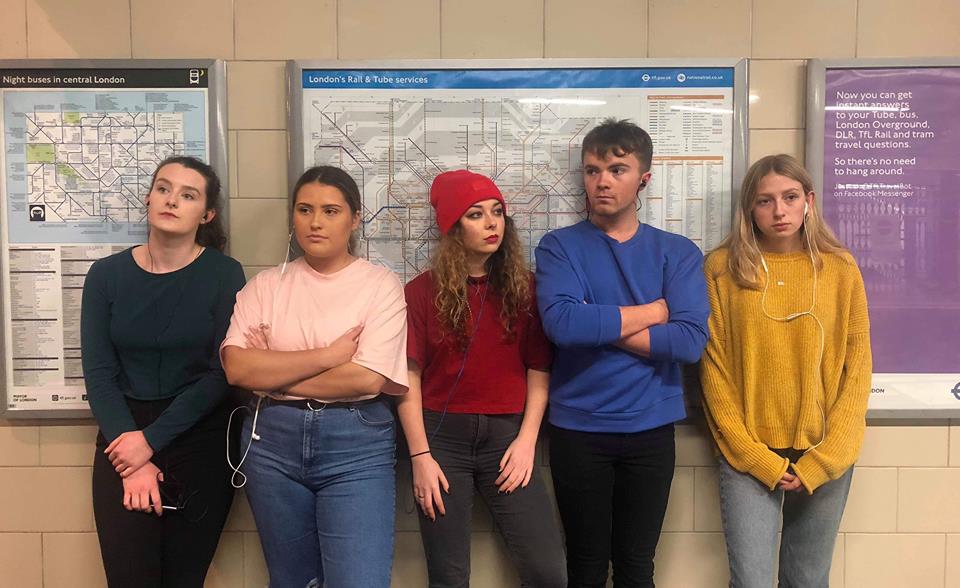 Mind the Gap: Good Enough to Make Even a Londoner Smile 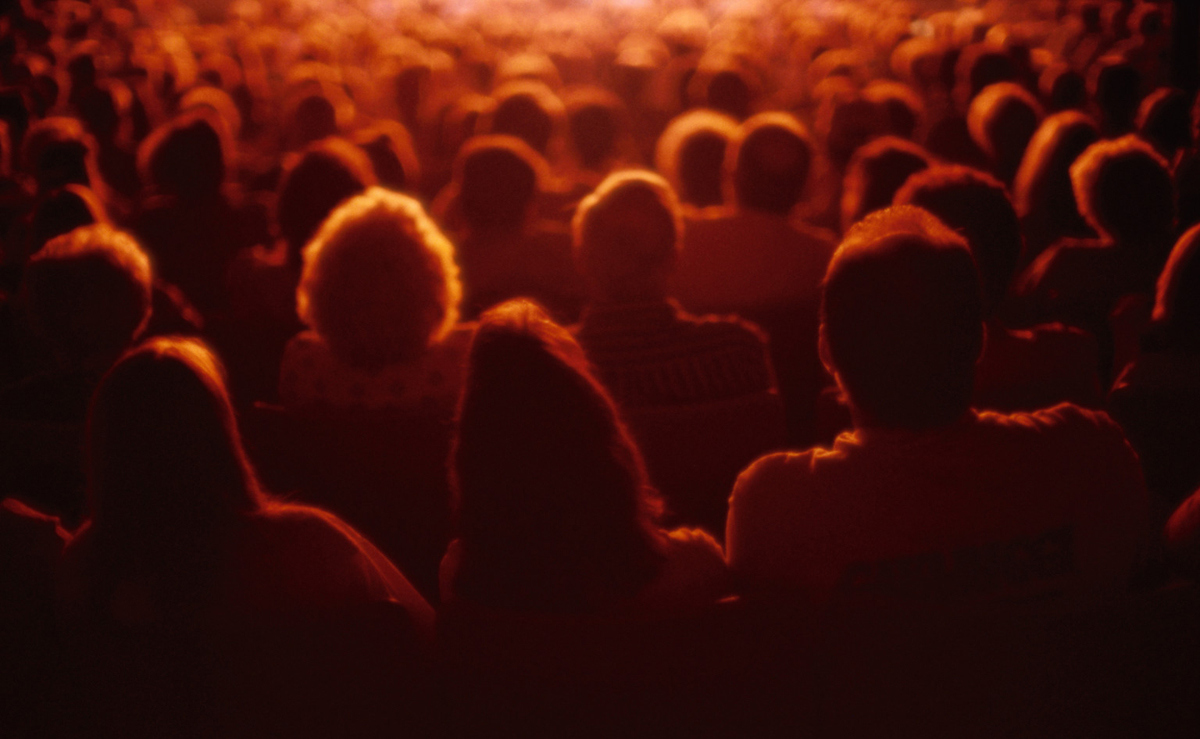 Through The Lens of a Camera: Comedy Virgins