Kinga Stusik happened upon Insanity Radio by chance. After posting her successful application to Royal Holloway on social media, she was asked to come on air for results day 2021: ‘They offered me a radio show that day.’ For the last few months, she has been hosting a dedicated film show, Kinga On Film, on Wednesday afternoons.  Also Head of Community Outreach, Kinga curates activities that connect Insanity Radio to the wider community: ‘I make sure your voice is heard!’

Insanity Radio is the campus station for Royal Holloway and the community station for both North Surrey and Berkshire. It has twenty to thirty thousand listeners a month and offers industry standard training to nurture the next generation of broadcasters in all aspects of media. Anyone can get involved. Will Nicholson, Station Manager explains: `We need broadcasters, producers, technicians, music reviewers, DJ’s, event coordinators, and sound technicians. You don’t even have to be interested in radio; you just need to be creative or technically minded.’

He goes on ‘The best part of Insanity Radio is the opportunity to develop, both as a person and the skills that they have. As a content creator or a broadcaster, you have so much to learn and even share knowledge with others. The Insanity Radio community is diverse, vibrant, friendly and inclusive.’

In 1998, Insanity became a ratified media outlet after a group of students with a love of broadcasting attended a media conference in Edinburgh. Insanity gained its FM license in 2012 and since then has forged a strong bond with the local community. They work with schools and charities to provide radio workshops and raise money for incredible causes.

This student media also does plenty of events on campus, including frequent outside broadcasts where they partake in lively events such as ‘the bourbon biscuit challenge’ and the ‘cake-o-lympics’. You may have even seen their mascot, the Insanimonkey, wandering around Founders Square.

Insanity Radio broadcasts 24/7 and can be heard in the Student Union Square, The SU Shop and The Packhorse, and you can tune in on 103.2 FM. The station has specialist music shows such as Magical Music Hour, The Rock Show, and American Road Trip, as well as content based shows ranging from mental health, astrology and comedy – there’s really something for everyone.

You can listen here at: Insanity Radio 103.2FM – Music Is the Cure

Insanity Radio is always looking for new people to join the team. Applications can be sent in at any point of the academic year and all applications will be considered. Sign up at: Join – Insanity Radio 103.2FM 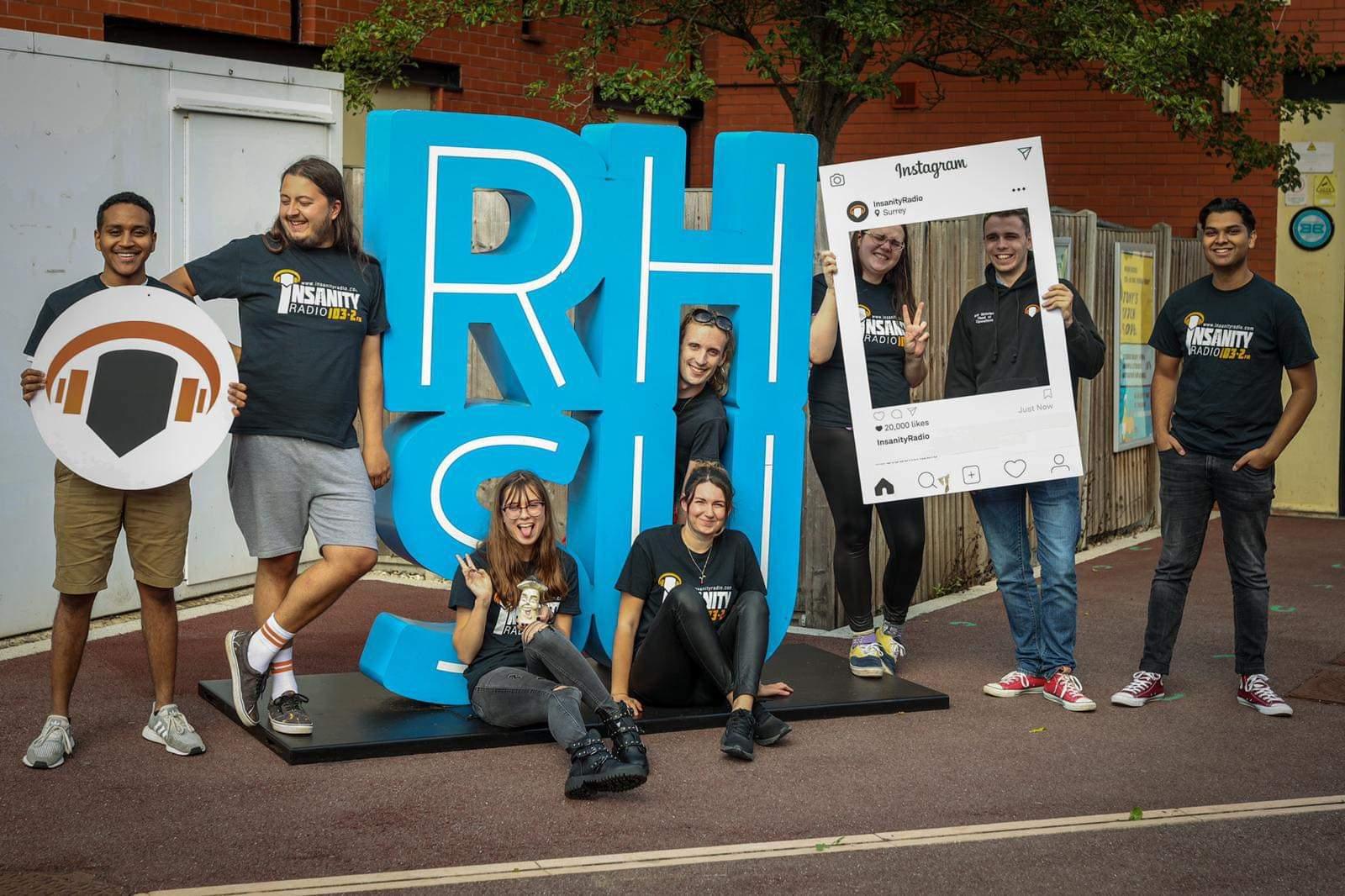