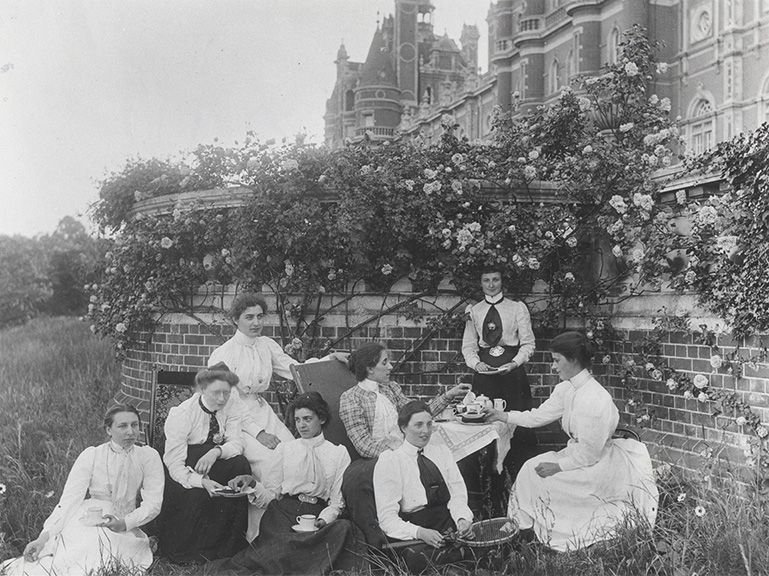 It’s almost impossible to walk past or through Founders and wonder what was Royal Holloway like back in the day that building was normal. Certainly, it was relatively leisurely and opulent. Until WW1, residents at RHUL would devote almost two hours a day to their four-course dinner and after dinner coffee. It might be odd to think of the RHUL students of yore as real people with bad study habits and addictions to hot beverages, who sat in your seat and slept in your room. But in reading first-hand these young women’s experiences, it makes you think about what has drawn the many minds that make up RHUL’s history.

We’ll start south of Founders, overlooking the area sometimes called The Meadow Walk. These grassy alcoves, today furnished with flower beds and benches, used to be where ladies would have their scheduled teatime – yes, scheduled teatime. It’s easy to imagine the area sprawling busily with tables and kettles. As Marion Pick, who was a student from 1903-1907, put:

‘Each bulge in the terrace would harbour a tea-party. Others might squeeze in where they could. […] The notice, ‘Students are requested not to place tea-kettles on the grass on the Terrace,’ would be taken out of store and posted on the Principals board.’

Students were rather close-knit, which you’d expect with the College first taking on only twenty-eight students. In the evenings, ‘cocoa parties’ would be held in the dormitory rooms, with everyone in pyjamas and dressing gowns, bringing along extra chairs, cushions, tea-sets, and even vases.

A cosy scene, if not quite the drinking culture Founders sees today.

Royal Holloway’s visage has been attracting students since the beginning. In December 1887, a presumably prospective student from Oxford High School wrote:

“Before us lies one of the fairest views your eyes have eye looked upon – the grounds stretching up hill and down dale, glowing with every variety of tint – red, golden, russet, tender yellow and sombre green – ponds here and there flashing as the sun touches their brown depths, paths leading through tangled brushwood one knows not wither.”

Thomas Holloway, in his advertising genius, made sure for RHUL to be visually stunning when establishing the College as a student-oriented place, suitable to cultivating the minds of young women – which probably played some part in attracting us too.

Who knew drills at Founders could be more than loud ringing and bracing winter at 7am? It seems that part of the routine for early RHUL students was practising chute drills in case of a fire. Mrs Kathleen Lathbury, student from 1919-1921, wrote:

‘I was frightened to death of the ‘chute drill’ […] nobody gave me any instructions before I went down. Of course to go down those things you had to stick your knees and elbows out otherwise you simply dropped. And that’s what I did! I dropped! From the fourth floor! […] My goodness I shall never forget that.’

If you’ve had to struggle through Founders’ bi-weekly fire drills while sleeping off a hangover or cramming late into the night, maybe you can relate. But hey, at least you didn’t need to jump out of any windows.

It wasn’t all tea parties and fire drills – these women were here to get an education after all. Or, like most of us, they at least tried to work. As one student published in the Bedford College Magazine:

‘I’m sitting’ in the Tate

Working hard for my exam.

But I ain’t a-really workin’

Though I likes to think I am.’

The Tate being the old College’s library which doesn’t exist anymore.

Good intentions with perhaps poorer results when it comes to studying seem to be a consistent theme over the years. One student, after her teacher advised students to give half their time up to work, made a point to show her up. Rachel Dawson, student from 1915-1917, explains how she pasted her study schedule to her wall, and ‘after two weeks I quietly took [the chart] down and said no more about it. […] I was apparently not spending many hours on work.’ So find some comfort next time your study schedule falls through in favour of a good old Netflix binge, remember with solidarity that people have been procrastinating at this university for over a hundred years. 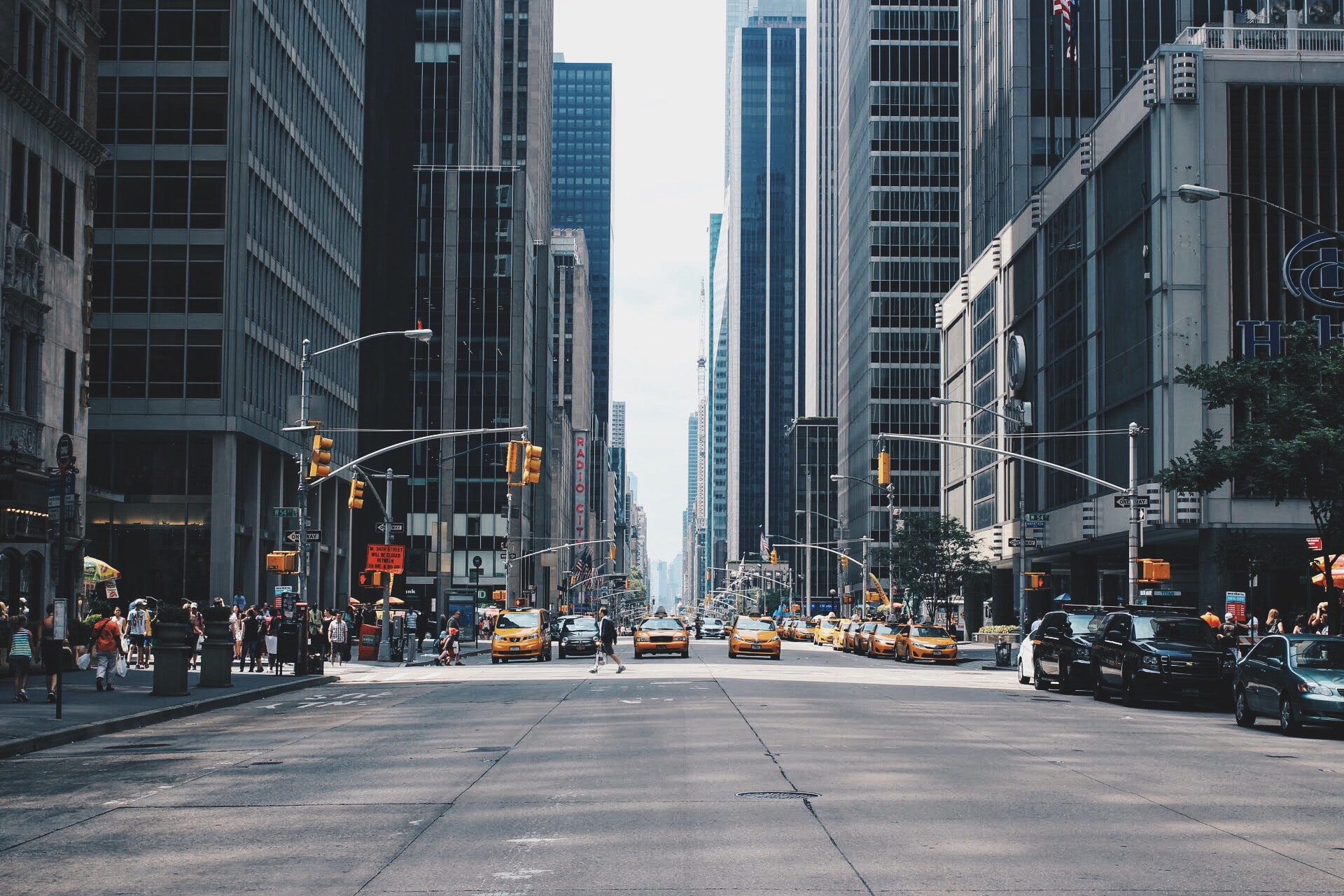 Picture it. Your best friend is interning at the [insert name of fabulous workplace]. You ask how they got such a prestigious internship when you didn’t even see it advertised. Your question is genuine. You’re not trying to catch them out. For half a second you really believe there’s some big job site you don’t […]