Shakespeare Society’s always highly anticipated Summer Term production was a true triumph this year. The remarkable thing about this particular show is that it is entirely done by 1st years. This fact fills me with hope for the society’s future, as the already stellar work and passion by everyone in the whole cast and crew can only grow from this point onwards. 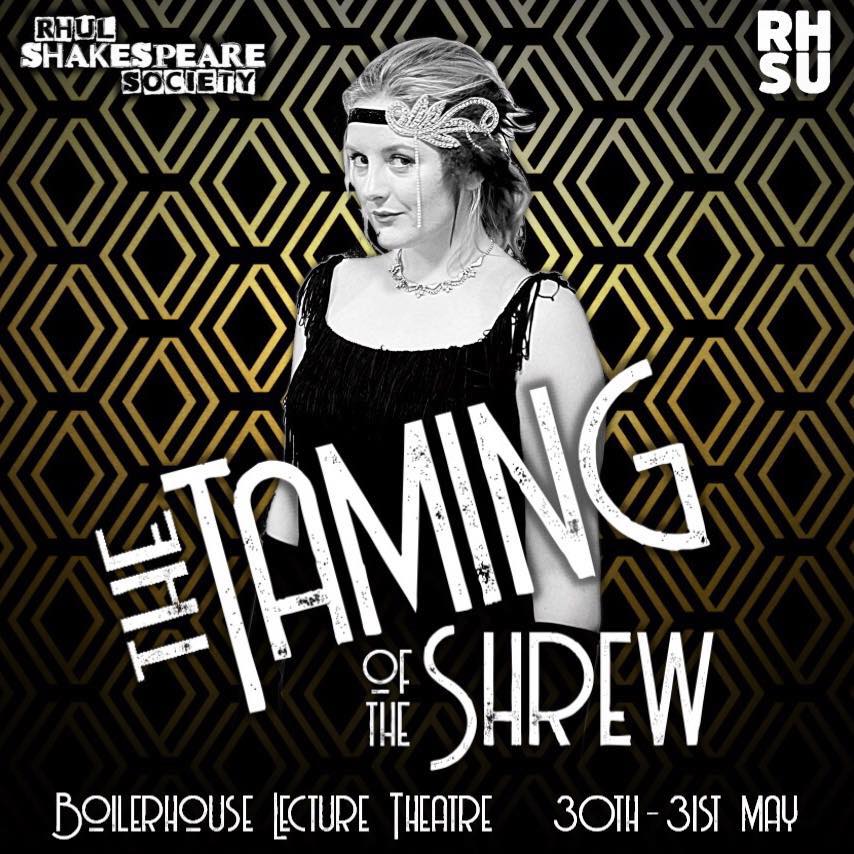 The performance was held in the Boilerhouse Lecture Theatre, a vast space which is challenging to perform in due to lots of seating – which I was pleased to see very pleasantly filled. Stage manager Emma Currie set the space with a golden fringed backdrop and a small carpet of an art-deco design. The soundtrack of the roaring 20s was playing as the audience took their seats and during scene changes, which, alongside the costumes of stereotypical flapper girls and men in braces and flat caps, helped transport the audience to 20s Manhattan. However, the most notably successful use of the space was through the over-the-top blocking, crafted by director Sorrel Wilson.

Lucy Doig as the titular shrew Katherina shines with power and emotional strength of delivery. Tom Barrett is a swaggering dandy-esque Petruchio, a colourfully dressed rebel who displays an alarming level of violence to his poor servant Grumio, played by the comedic Lily French. The physical comedy isn’t only prescribed to her, it courses through the whole production, energising and filling the space. The lanky Callum Pardoe is given the full scope to spread his wings and limbs, to much delight.

The show is a very difficult one to do, especially because of the infuriating ending, but the production didn’t shy away from representing violence. They did their best to do it respectively, and they also partnered up with a charity called ‘Refuge’, which aims to help women and children who are victims of domestic violence. This was a truly wonderful touch to an already brilliant show.

Well done for addressing this important topic and congratulations on a highly successful production.