After wowing us with campus hit Love Island: The Musical, Director Harriet Williams, Musical Director Daniel Looseley and Choreographer Bryony O’Hare take on the musical adaption of cult film and TV series, The Addams Family. With a puff of dry ice and a scarily sombre prologue, the SU main hall ‘moves towards the darkness’ into the disastrous Addams Family mansion – and full disclosure, you are greeted immediately by some stand out performances.

Newcomer Emily Quillin makes a delightfully macabre Morticia Addams with both a stellar acting and singing performance that draws every laugh, gasp and blush. From motherly mentor to seductress señorita, Quillin carries that signature Morticia mannerism with her throughout the show, providing an energy unmatched – a testament to Harriet Williams’ direction. She is matched by Tom Avann who takes advantage of a strong and witty book as the kooky Gomez Addams, all the while holding up a mastered latin accent. 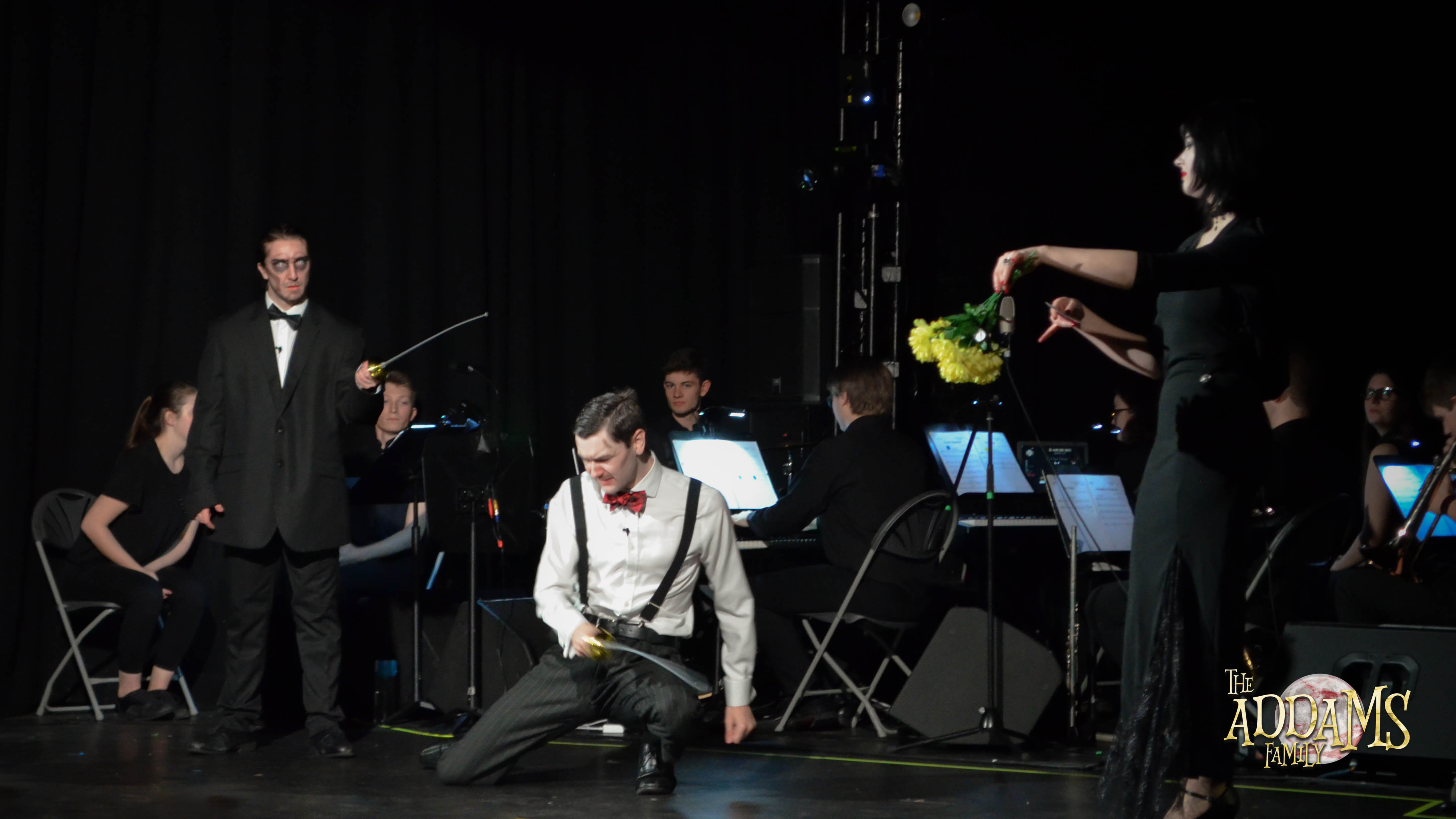 MTS veteran, Emily Bradbury makes for an extraordinary Alice Beineke, our poet who certainly knows it and mother on the verge of a nervous breakdown. With great on-stage chemistry alongside husband Mal (Reuben Havelock) who portrays useless husband almost too well, Bradbury pegs her performance just right, getting every well-deserved laugh and wowing in some roof raising vocals. Becky Hinde as the classic Wednesday Addams and George Lambourne as partner in crime Lucas Beineke also delivered strong performances and were wonderfully terrorised by an endearing Pugsley Addams by Ellie Taylor.

The Ancestors, the show’s ensemble of creatures who each met untimely ends, alongside Uncle Fester (TJ Egglishaw), Grandma Addams (Maddy Biggs) and the mysterious Lurch (Josh Berrington) showcase a great array of costuming and makeup by Jess Berry and Yogi Alva respectively. The Ancestors served as everything from ensemble dancers and chorus to stagehands as they prepared each scene, as though they had been scheming all along for the disastrous events that play out in front of us. They particularly shine in a wonderfully choreographed tango by Bryony O’Hare and carefully balanced choral vocals by Daniel Looseley’s Musical Direction. 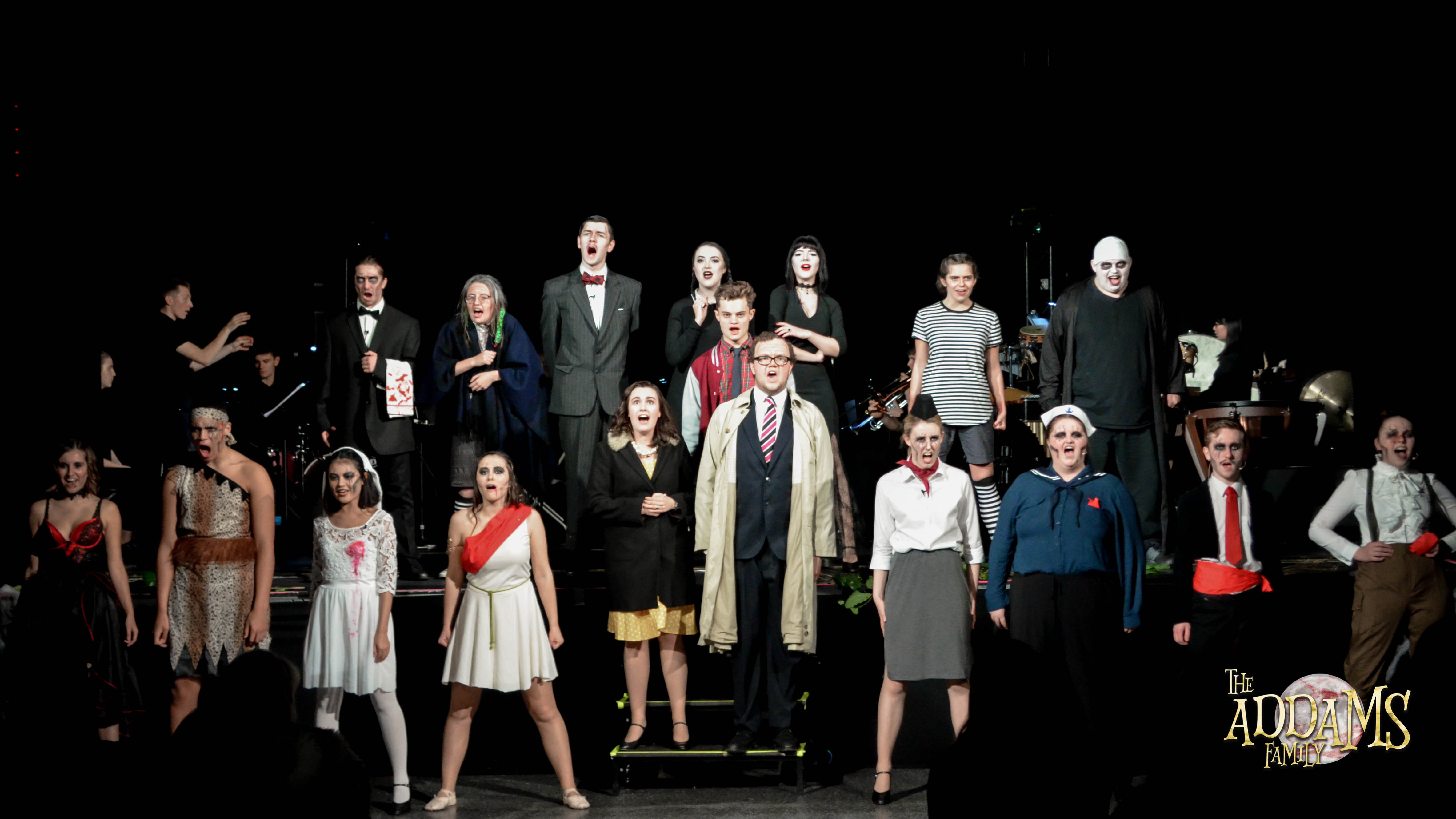 But a performance is so much more than just it’s performers, and maybe that’s where The Addams Family Musical could have packed more of a punch. I couldn’t help but wish for some more dry ice, a few more cobwebs and a gravestone or two as the SU felt a little bare without it. Whilst the actors did a great job of suspending the disbelief, it was broken by SU hall chairs for props one too many times for my liking. Combined with some technical difficulties and diction issues meaning I sometimes struggled to hear, it left me with that resounding feeling I always do after seeing our creative arts societies perform: they clearly deserve better performance spaces.

But the horrifyingly magical performances, excruciatingly well-timed gags and disgustingly stellar vocals means that this spooky rendition of The Addams Family Musical isn’t a show you can skip. My advice is to brave the few ghouls and leave heart warmed by another showcase of both performance and production talent. 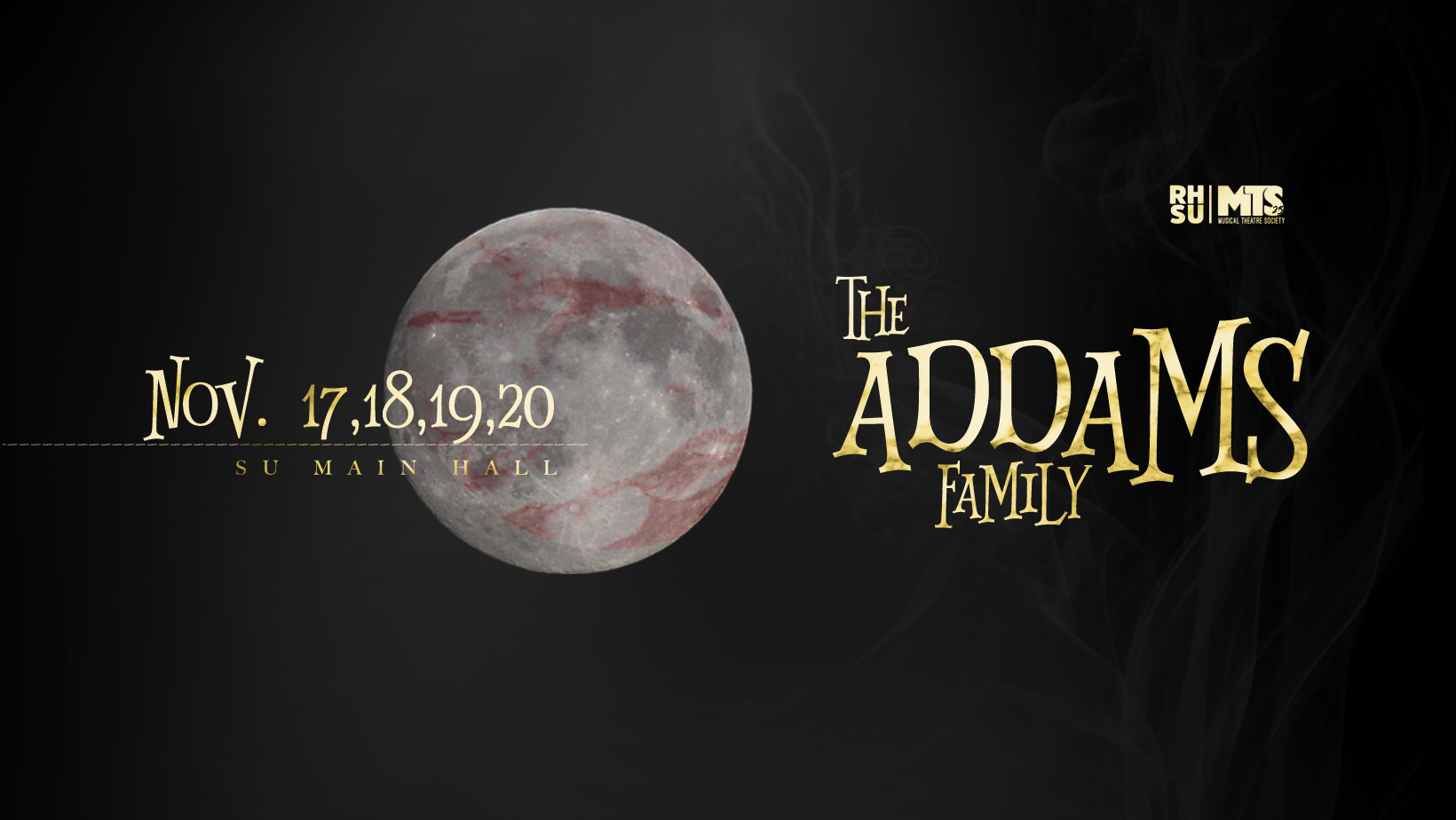 The Addams Family is on every evening until Tuesday 20th November. Tickets are available via the SU website.