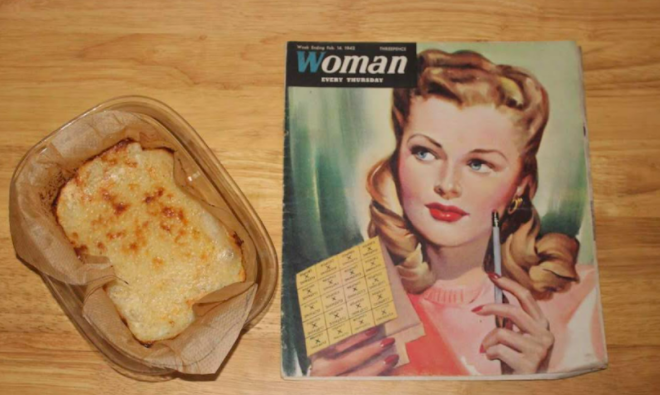 Women’s magazines from the 1940s are riddled with wartime propaganda. Whilst their husbands, brothers and fathers were fighting overseas, women learnt to effectively hold down the household under wartime restrictions. This isn’t to say that women of the 1940s were exclusively homemakers; there are plenty of ads in the February 1942 issue of Woman that suggest otherwise. There’s even an old Tampax advert with the slogan “Women are winning the war of freedom”, with a picture of a woman in full uniform at work on an army tank.

Some other ads shouted about the importance of friendly consumerism of household items. An advert for Parozone (a solution that sterilized clothes in cold water) has the bold slogan, “SAVE FUEL”, a subject Ruth Morgan talked about in her section, dubbed, ‘BARGAIN BAKING’. Recipes in  WWII-time magazines are fascinating as the rationing of ingredients (even eggs!) put huge limitations on creativity. Upon skimming through the recipes, the one that intrigued me most was the Eggless Sago Pudding. Like many, I initially had no idea what sago was. Upon doing research I found that, like tapioca, it’s made up of balls of starch derived from plants.

I decided to give it a go and subsequently hosted a dinner party with the sole purpose of forcing my friends to try it. Despite being easier to follow than the 1907 recipe in the last issue, I’ve made a couple of adaptations to make this recipe more student-friendly:

Upon first impression, it resembled lasagna. After scooping some out, it looked more like frogspawn. I quickly googled sago pudding to see if it was supposed to look like that. It was…

Here’s the verdict from my friends and housemates:

Evidently, the sugary, lemony, nutmeg-gy flavour was satisfying, but the slime-like texture of the sago pearls was off-putting. That being said, though, four out of five people finished their portion. Would I make this again? Probably not. But it’s definitely made me appreciate how many more dessert options we have now,  and I must admit I’ve never been more grateful for the humble egg. Is this a student friendly dish? No. Sago pearls are now considered a luxury and are not a cheap student cooking item. Fascinating to see how much cooking has changed through the decades.

Special Thanks to Ella Stoneley for the photos. 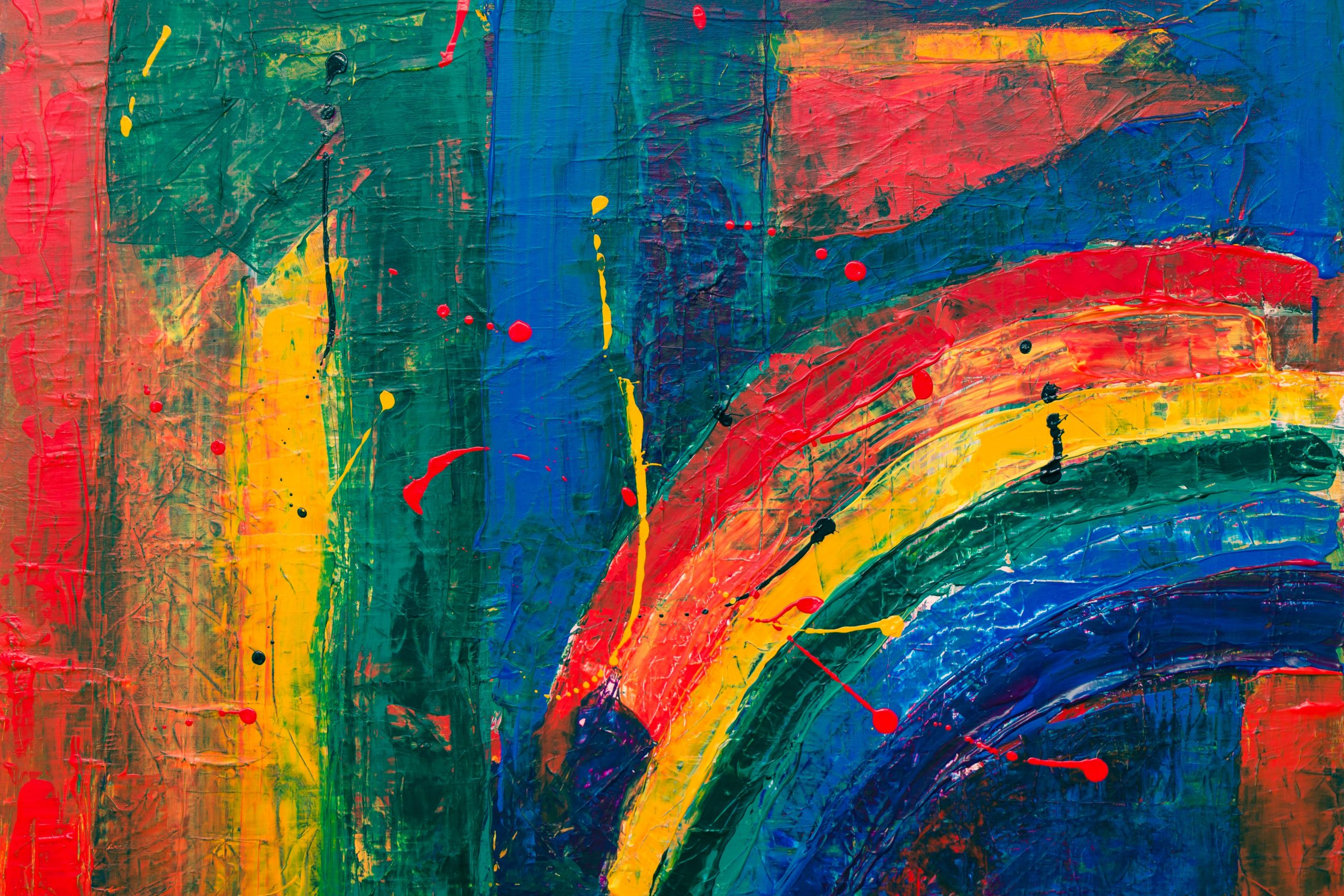 University is often considered a place to ‘find yourself’. Most students have come straight from A-Levels, from the cliquey savagery that defines one as ‘popular’, ‘unpopular’, ‘weird’, ‘edgy’. In my experience of a small-town, back-arse-of-nowhere all-girls’ school, these categories trumped any personal identity. University, on the other hand, is all about individuality. Sometimes it’s almost […] 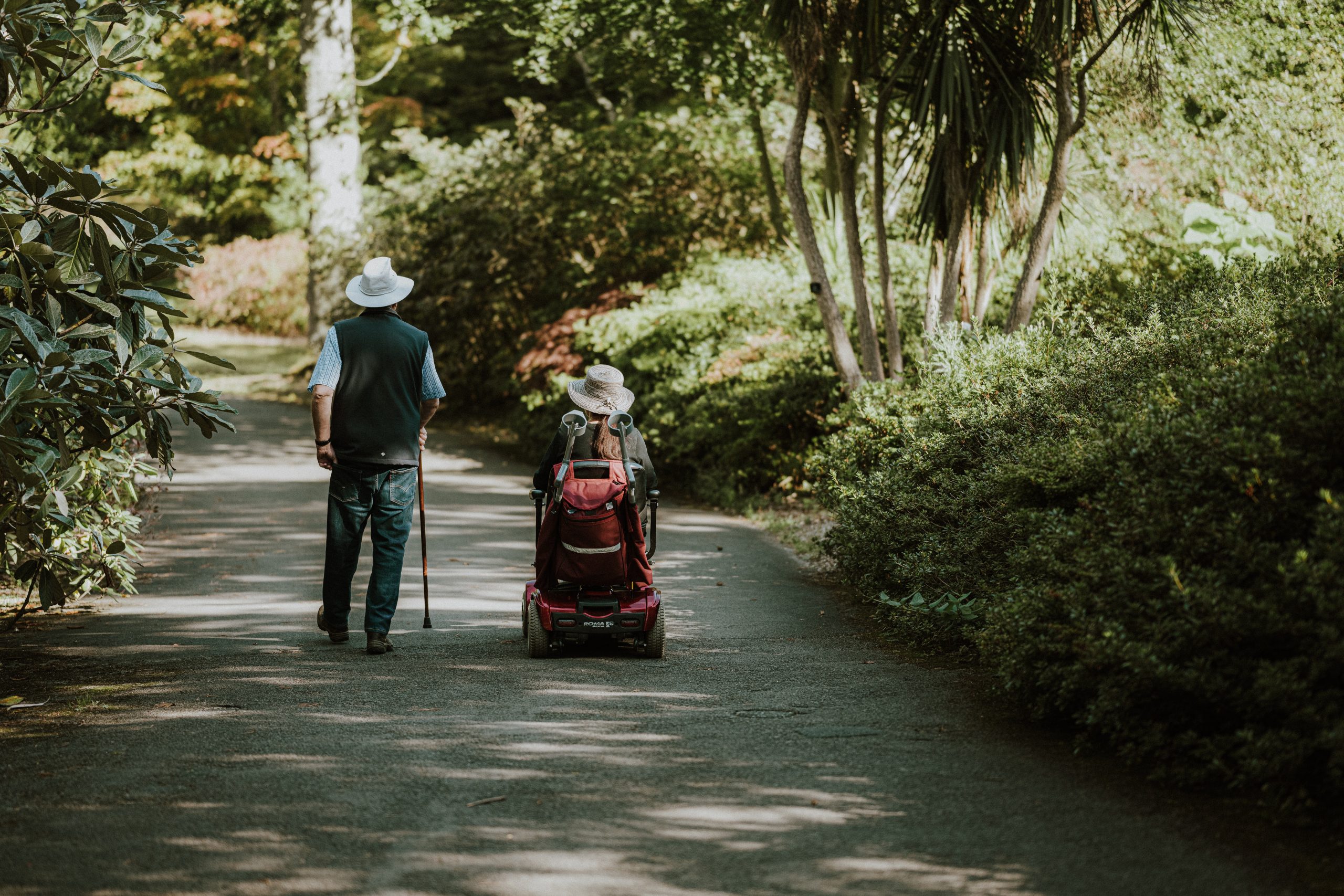 Class and Disability: Disconnected or Intertwined?

According to the Government’s 2020 Family Resources Survey, there are 14.1 million disabled people in the UK. It has recently become more apparent than ever that even in the 21st Century, social class is still a defining factor in people’s lives. But how these classes affect disabled people, and why they might be more vulnerable […]