Most students of Royal Holloway will be familiar with the horror stories that revolve around the far-off and mysterious halls of the residence that is Kingswood. 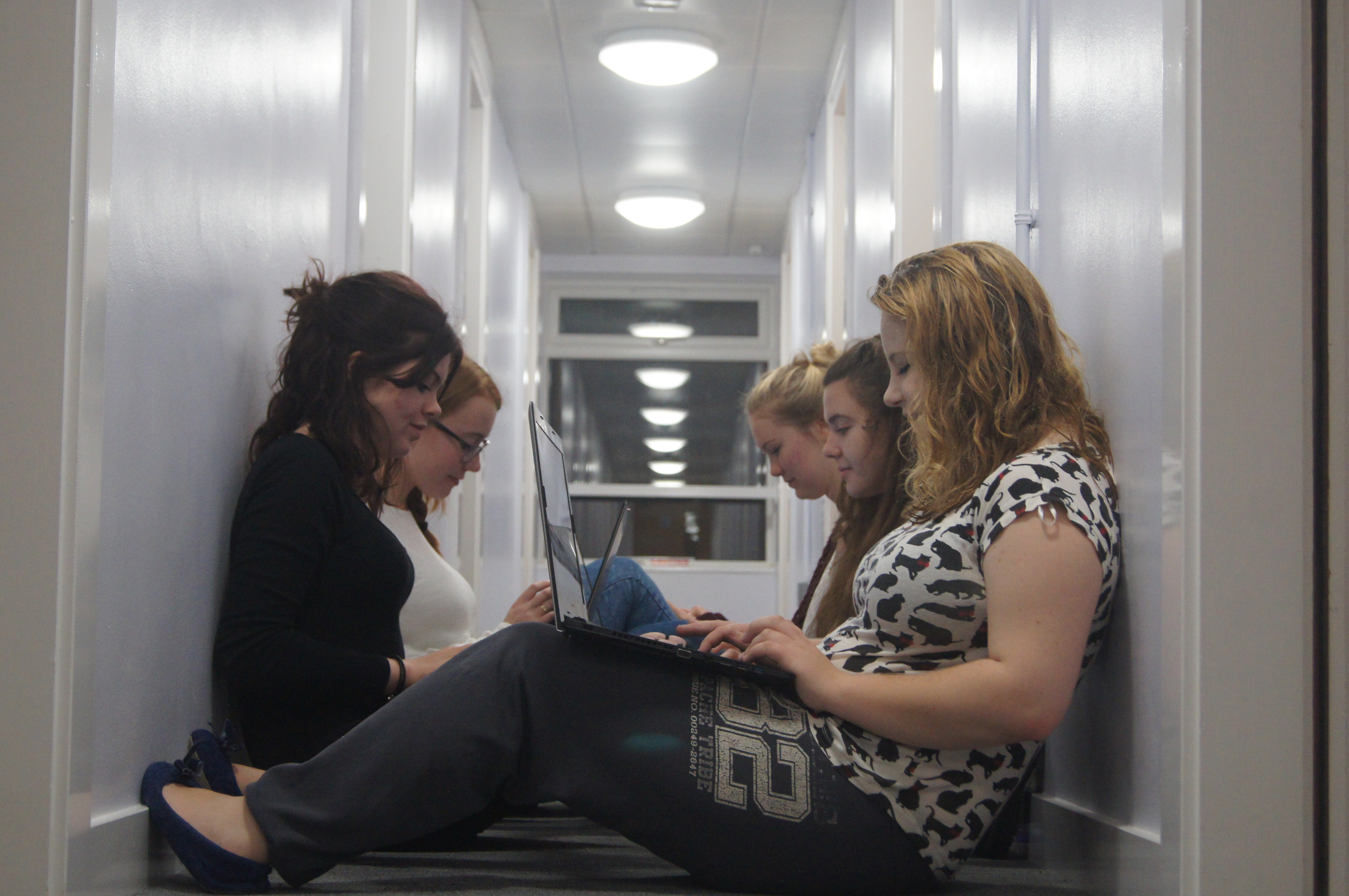 Notarially  a place for the destitute student, often one who had placed Royal Holloway as their insurance choice or, for the unlucky, the only choice they were given. Upon discovering I had been placed in Kingswood 1, I could only really compare it to the sentiment of being placed in Slytherin on Pottermore.

After waiting weeks on a waiting list and with the fear of having to go into private housing for my first year looming overhead, I took the offer, lowered all of my expectations and ran. After all, when your studying at what is effectively Hogwarts, halls of residence isn’t that important, is it? Friends, chocolate frogs and buckets of butter beer is surely what matters?

It wasn’t long before it dawned on us ‘Kingswoodiens’, now gathered in Facebook camaraderie, that we would be in for a rough time. Just a week before setting off we received a vague email detailing problems with Wi-Fi and a severe lack of showers with the refurbishments still in progress. Upon arrival these problems were just the beginning!

We were greeted by a building site. As I was lugging my worldly goods up several flights of steep steps, I was having to leave room for builders as they darted about, seemingly looking busy. 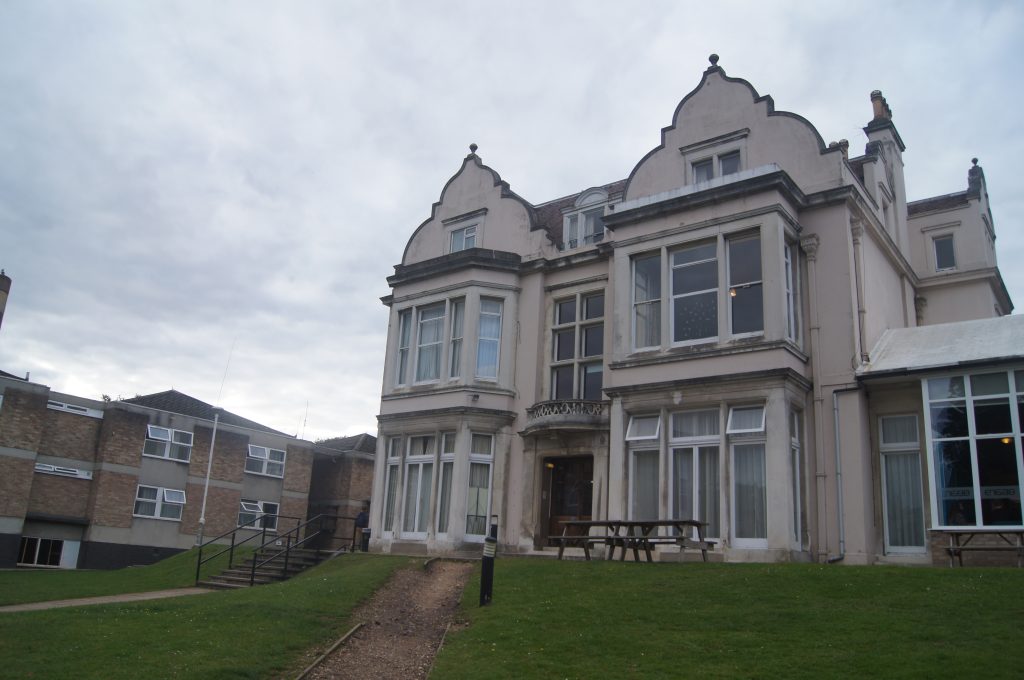 Luckily for my flat of eight girls, we had two out of three showers and two toilets completed but this was not the case for the whole floor of over 50 girls. Soon we discovered that many flats had no showers whatsoever and so we would be the generous benefactors for the floor. You can imagine the World War Z-style chaos as nearing 30 girls share a handful of showers.

Not to mention that this open door policy imposed on our flat lead to some strange occurrences with a pack of playing cards mysteriously being thrown down and around the toilet, graffiti on our precious ‘Chunder Chart’ and to my flatmates distress, the disappearance of her prized salami. Times like this we needed Potter’s invisibility cloak and Marauders map.

For all it’s flaws, 7am fire alarms, consistent drilling, intensive security, broken heating and temperamental showers to name but a few, Kingswood is home. There is something about returning to the complex, be it by bus or a 20 minute treacherous walk, that is vaguely satisfying. When you hear that we have the best community of all the halls of residence I can only admit it to be true.

This being said, there are a few things you can do to improve on your time in Kingswood, or any halls for that matter.
1. Stock up on food. Noodles, pasta (yes our microwaves can cook pasta- and it’s incredible), bread, soup… anything that could potentially satisfy a grumbling tummy. Whilst the food is nice, it’s not exactly home cooking and if you have caught the dreaded fresher’s flu, there is nothing worse than trekking down to the dining hall.
2. Leave behind visions of a perfect kitchen. You will be lucky if you ever see the counter tops again. Whilst all your flat is equipped with is a microwave and kettle, you will be shocked by the amount of cooking that goes down in there. Gordon Ramsey would be proud.
3. Photos and posters disguise everything. The drab walls, signs of damp, that UV paint stain from welcome week that is going to stay with you forever… you know the drill. Not to mention they look rather nice.
4. Bedding, bedding, bedding. Bed sheets, throw blankets, scatter cushions are everything. It is likely you will be spending a lot of time not only in your room but sleeping whenever you can so why not turn a room from prison cell to Premier Inn in a matter of minutes.
5. Décor in general is always a good idea. It doesn’t have to be expensive, just a house plant, a small collection of DVD’s, and some bunting can go a long way in transforming your space.
6. Don’t be bullied by security. Apparently having anywhere between two and five people sat quietly in a flat watching Game of Thrones is a huge security problem here. But only after 11pm. There is no rule about gathering in bathrooms yet so we may be on to something.
7. Prepare to never be on time for anything ever again. Accounting for the bizarre bus timetable, you will forever more be either 30 minutes early or 15 minutes late. I’ll let you decide which is better.
8. Invest in ear plugs. Not only was the site not completed on arrival, but three weeks in and building work continues to be the bane of my life and the cause of many migraines. I’m sure I’ll miss the soundtrack of aeroplanes, drills and doors slamming when I go home for Christmas.
9. Not exactly unique to Kingswood, but prepare to lose a few more socks than usual in the laundry room. There must be a sock goblin on the run.
10. Embrace it. Kingswood may not be perfect, but it’s the place where all the best people live, obviously!